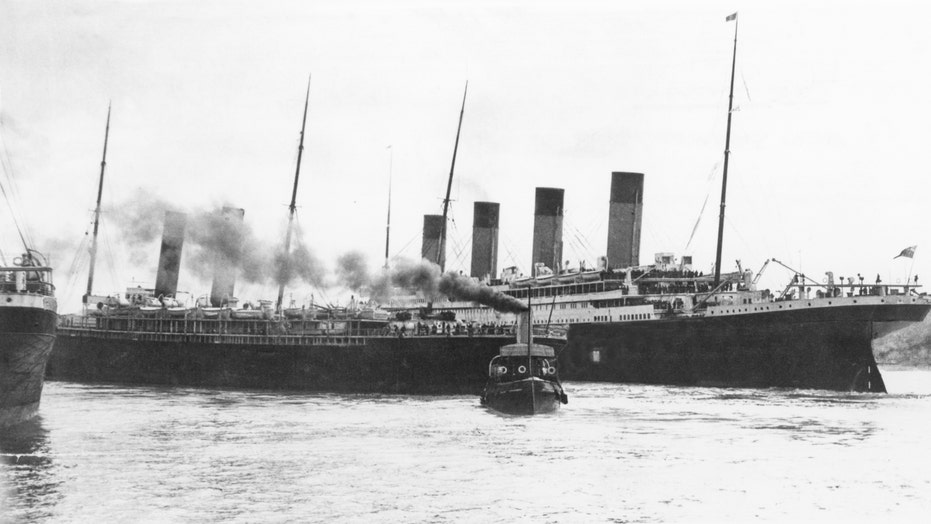 A Titanic victim’s long-lost letter has resurfaced and describes a near miss as the doomed ship set out on its maiden voyage.

A letter written by one of Titanic’s crew to his wife just days before the doomed liner sank in the icy waters of the North Atlantic is up for auction in the U.K.

Titanic steward Richard Geddes wrote the letter to his wife, Sarah (Sal), the day after the famous ship left the port of Southampton, U.K., on April 10, 1912. The letter describes a near collision with another ship, the SS City of New York. The two ships reportedly came within a few feet of each other as Titanic left Southampton docks on its maiden voyage.

“My dearest Sal, We got away yesterday after a lot of trouble,” Geddes wrote. “As we were passing the New York and Oceanic the New York broke her ropes and very nearly ran into us, but we just happened to avoid a collision.”

The letter written by Geddes to his wife. (Henry Aldridge and Son)

The incident was perceived by some as a bad omen and a sign of trouble ahead, according to Encyclopedia Titanica.

A collision would have prevented the ill-fated liner’s transatlantic journey to New York. Titanic hit an iceberg at 11:40 p.m. ship's time on April 14, 1912, and sank just over two hours later. Geddes, along with 1,500 others, perished in the disaster.

“I hope you are feeling good and not worrying,” Geddes continued, in the poignant letter to his wife.  “I am feeling pretty good. With fondest love and kisses to my dear wife and kiddies.  Your affectionate husband Dick xxxxx”

Richard Geddes was 31 when he perished in the Titanic disaster. (Henry Aldridge and Son)

The letter was mailed from Queenstown, Ireland when Titanic picked up passengers there on April 11, 1912.

The artifact is being sold with its original envelope, an official document describing Geddes’ “supposed death” at sea and photos of the seaman and his wife.

“It’s an exceptional letter on many levels, first and foremost it was written on board the Titanic, it has its envelope, the lot also contains official paperwork relating to Mr. Geddes and finally the content is superb, describing the near miss that Titanic nearly suffered that would have changed history,” auctioneer Andrew Aldridge told Fox News, via email.

Geddes wrote the letter to his wife, Sarah, just days before his death. (Henry Aldridge and Son)

The Titanic (right) and the SS City of New York come "within an ace" of colliding with each other at Southampton as Titanic departed on its ill-fated maiden voyage, April 10, 1912. (Photo by Daily Mirror/Mirrorpix/Mirrorpix via Getty Images)

A CENTURY AFTER THE LUSITANIA WAS SUNK BY A U-BOAT, AN UNUSUAL ITEM FROM THE DOOMED LINER EMERGES

In 2016, the sextant used by the captain of rescue ship Carpathia sold for just under $97,000. A year earlier, a cup presented to the captain by Titanic survivor Molly Brown to the Carpathia captain sold for $200,000.