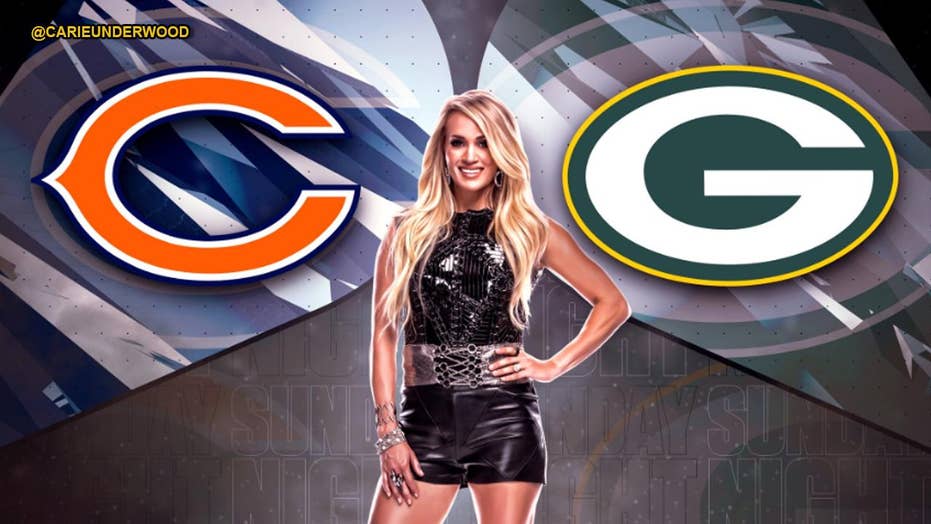 Carrie Underwood debuted a new 'Sunday Night Football' theme song and fans aren't thrilled about it. The new song 'Game On,' replacing the 2014 song 'Oh, Sunday Night,' premiered before the week 1 matchup between the Chicago Bears and Green Bay Packers.

Carrie Underwood, the NFL and NBC were sued Wednesday for allegedly ripping off a songwriting team's tune for "Game On," which became the "Sunday Night Football" theme last season.

Singer Heidi Merrill accused the "American Idol" alum of stealing the music and even the song title of "Game On" from a music video she posted online in 2017, The Associated Press reported.

The four-person songwriting team behind "Game On" claim that they pitched the song to the country singer's team in 2017 and were rejected.

The suit alleges that the NFL, Underwood and NBC violated the copyright claim on the song.

The NFL and NBCUniversal Media LLC declined comment to the Associated Press. Carrie Underwood's representatives did not immediately comment.

The lawsuit claims that Merrill assembled the songwriting group to create the song in 2016 and that the group sought to license "Game On" for use in television broadcasts of sporting events.

Merrill alleged in court documents that she pitched the song to one of Underwood's producers in August 2017 during a conference in Nashville, Tennessee. She claims that  the producer referred Merrill to his assistant, who rejected the song via email that October.

The lawsuit claims that Underwood's "Game On," which was used to introduce 17 NFL "Sunday Night Football" broadcasts beginning in September 2018, "is substantially — even strikingly — similar, if not identical," to Merrill's tune that Underwood's team previously turned down.