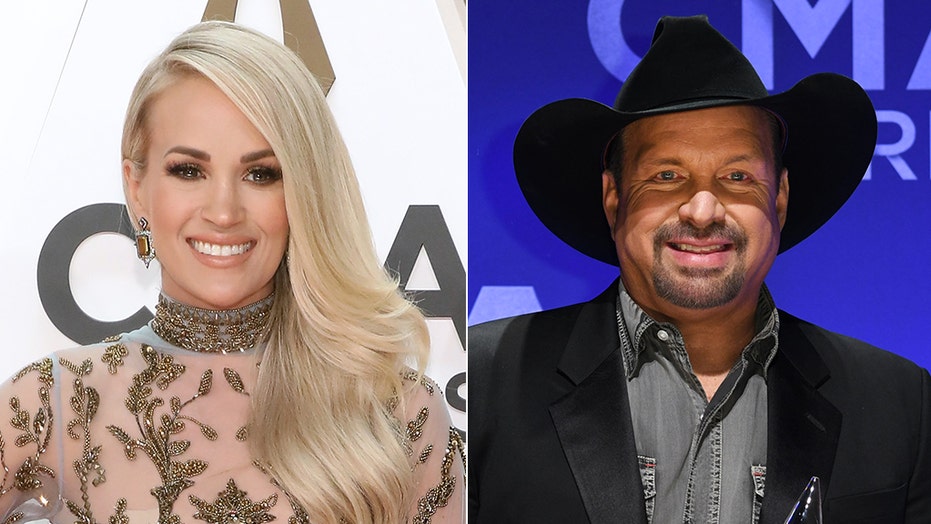 Carrie Underwood fans were outraged on Wednesday night after the singer missed out on taking home the prestigious entertainer of the year at the Country Music Awards.

On a night where women were at the forefront of the celebration, from the hosting trio of Dolly Parton, Reba McEntire and Underwood herself to the program opening with a performance medley made up strictly of women in country music, Underwood was the only female nominee in the coveted category and lost out to the dynasty showman Garth Brooks – who picked up his seventh win and his third in just four years.

Fans immediately took to Twitter to share their frustration with the decision, considering Underwood had just wrapped up a successful tour thanks to her wildly successful album release.

“What does Carrie Underwood have to do to win entertainer of the year? Like I could write a 50 page paper on everything she did this year and maybe a page on what Garth did. Come on CMA. She hosts the show, y’all. Shake my head. Shake my head,” wrote one Twitter while another echoed the sentiment.

“The 2019 CMAs could have been so special. however, it will forever be remembered by Carrie Underwood losing to Garth Brooks for entertainer of the year. every headline about last night’s show has the same theme: anger & disappointment for Carrie…and rightfully so. such a shame,” said the user.

Others took exception with the fact that the show seemed to champion women the entire night, but when it came to the most important accolade, the build-up to the finale was lackluster.

Garth Brooks accepts an award onstage during the 53rd annual CMA Awards at the Bridgestone Arena on Nov. 13, 2019 in Nashville, Tennessee. (Photo by Terry Wyatt/Getty Images,)

“This is such a slap in the face. Not only to Carrie, but to the women of country music in general. So much for celebrating women tonight, but you’re going to continue giving these awards to mediocre men. @CountryMusic congrats on getting it wrong yet again,” vented one user as another rallied around the notion, adding, “@carrieunderwood got robbed of Entertainer of the Year. This award is beyond sexist for some insane reason. No reasonable person would believe she didn’t deserve it.”

Adding insult to injury for Underwood supporters, Brooks didn’t acknowledge his country music peer despite shouting out Luke Combs, Kelsea Ballerini and one of the evenings co-emcees, McEntire.

“Garth has such an opportunity to call more attention to the women in radio problem. He didn’t. And then he shouts out Reba and not his fellow nominee Carrie? And then she has to go out on stage, clearly disappointed in the status quo and end the night. Damn. #CMAawards,” said another user.

Underwood hugged Brooks as she congratulated him and the evening’s winners.

“I have no words. Garth Brooks was the least deserving. And the fact he didn’t even acknowledge Carrie Underwood,” wrote one Twitter user. “This does NOT DEFINE your worth @carrieunderwood you are the ENTERTAINER OF THE DECADE. So proud of the Year you had.”

Underwood’s nomination was the first time a woman had been up for the honor since 2016, when the “American Idol” alum was again the lone female in the category – again, losing out to Brooks.