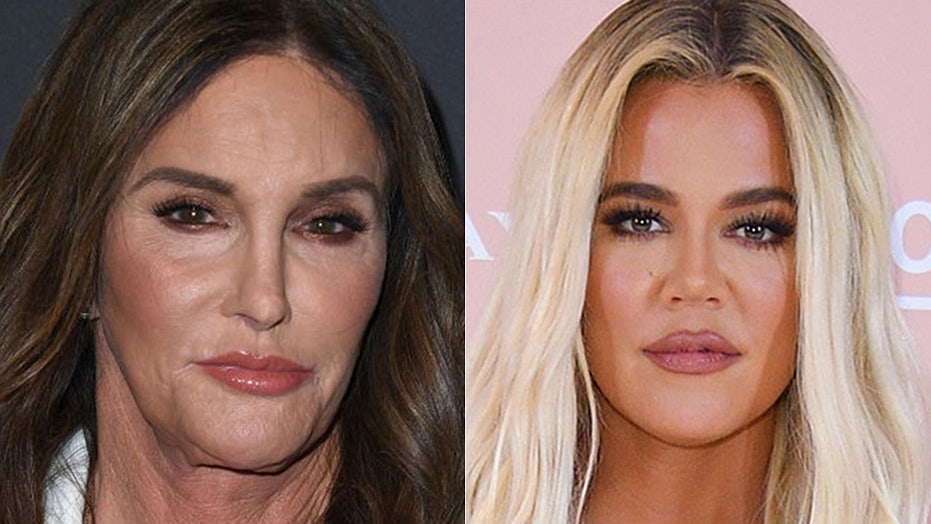 Caitlyn Jenner revealed that she hasn't spoken to stepdaughter Khloe Kardashian in the five years since she transitioned as she opened up on tonight's "I'm A Celeb."

The 70-year-old star spoke candidly to her campmates about coming out as transgender in 2014 in Friday night's episode of the ITV show.

And while the majority of her famous family were supportive, Caitlyn revealed that Khloe was "p**ed off" throughout her transition - but she isn't sure what her "issues" are.

KHLOE KARDASHIAN SAYS SHE'S 'IN TALKS' TO DEVELOP SHOW FOCUSING ON HERSELF AND DAUGHTER, TRUE

When asked who she told first about her transition, Caitlyn shared: "The first was the kids, I started with Brandon my son and he said to me: 'Dad, I’ve always been so proud to be your son but I’ve never been more proud of you than right now.'

"I went through every kid and Khloe for some reason was p***ed off about something through this whole process, it’s been five or six years and I really haven’t talked to her since."

Appearing saddened by the soured relationship, the TV favorite added: "We were really close, I raised her since she was 5 years old, I really don’t know what her issues are."

Caitlyn married Khloe's mom Kris Jenner in 1991, acting as stepparent to her, Kim, Kourtney, and Rob Kardashian for over 20 years.

BRODY JENNER THROWS SHADE ON CAITLYN: I DON'T EXPECT MUCH FROM HER

Caitlyn and Kris split in 2014, one year before she publicly came out as transgender, and Khloe has always been open about their difficult relationship since.

The 35-year-old star was unhappy with the way that Caitlyn treated Kris after their split, particularly furious with Caitlyn's 2017 memoir "The Secrets Of My Life," which alleged that Kris knew that her husband was transgender when they were still together.

She accused Caitlyn of "publicly shaming" the family and taking aim at her mom as the former Olympic champ lashed out at her ex-wife in the book.

Despite the rocky relationship with Khloe, Caitlyn also told her fellow campmates that she was "sad" to be missing Thanksgiving with her family today.

CAITLYN JENNER JOINS BRITISH REALITY SHOW 'I'M A CELEBRITY... GET ME OUT OF HERE'

She said: "I know today that both sides of my family, the Kardashian-Jenner side, and the strictly Jenners side are all having their appropriate Thanksgiving dinners.

"Normally on this day I run from one to the other back and forth and it’s probably the first time I haven’t been there.

The model shared a sweet message of support to her Instagram Story, telling fans that she was "always" rooting for Caitlyn.

Viewers were previously left fuming when Caitlyn was seemingly snubbed by her family when she received a care package from her dogs.