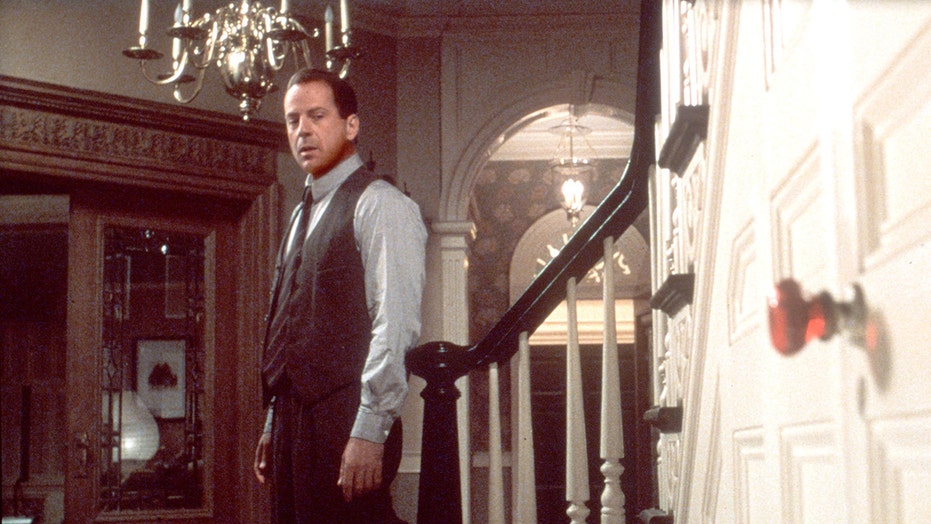 After decades of entertaining audiences with iconic tough-guy roles, Bruce Willis is turning 65 and isn’t ready to be done just yet.

The actor got his start in the early 1980s and has since gone on to lead major franchises and blockbuster motion pictures. While most actors with his record and bevy of awards are often champions of their craft, Willis tries to maintain an approachable quality with all of his characters, having previously discussed his penchant for more blue-collar American characters.

One needs to look no further than heroes like Hudson Hawk, James Cole, Korben Dallas or John McClane to see how the actor has taken the regular guy from New Jersey persona and capitalized on it.

Although there’s no shortage of popular roles that Willis has helped turn into film classics over the years, a key few jump to mind in terms of shaping his public profile. To help celebrate his career and birthday, below is a rundown of Willis’ most memorable roles to date:

Despite being synonymous with big-screen stardom, many may not remember that Willis got his start in the early 80s on TV.

After a handful of small parts here-and-there, Willis got his big break in when he was plucked from relative obscurity to co-star alongside Cybill Shepherd in the comedy/drama series “Moonlighting.”

Willis played a private detective that accompanied his partner and their quirky receptionist on a series of different mysteries. The show lasted for five seasons and became so popular that he was nominated at the Emmys for outstanding leading actor in a drama series twice for his part as David Addison. Willis won his first primetime Emmy in 1987, just two years after landing the part.

However, according to Mental Floss, the part was uniquely Willis’ to have. The actor was reportedly among thousands of people in contention for the role. However, he stood out to his co-star because he showed up to the interview in army fatigues with a punk hairdo and earrings. However, because of his look, ABC was reportedly against casting him but ultimately lost the casting battle to Shepherd and the series’ creator.

With that, Willis became a household name on one of America’s first popular “Dramedies.”

Although an Emmy win for “Moonlight” certainly helped his career, it merely gave him a shot at the role that would go on to make him one of the most enduring Hollywood A-Listers to this day.

In 1988, Hollywood decided to adapt the book “Nothing Lasts Forever,” about a tough-as-nails cop who finds himself trapped in a building with international terrorists, into a movie. The character of John McClane was thought of as tough, street-wise, brave and carried a regular-Joe personality. However, because the McClane character in the books was on the downward slope of his law enforcement career, older actors like Clint Eastwood and Paul Newman were first in contention.

Screenwriter Jeb Stuart told “Good Morning America” in 2018 that he started to notice big-name older actors turning down the part, but was instantly on board once Willis came into contention.

"By the time they got to Bruce Willis ... I remember thinking, 'He's the paradigm for this.' He's got the same thing that's in the script, this sort of smart-a-- New York, New Jersey cop," he said. "Bruce was perfect."

As mentioned, Willis doesn’t often “wow” Hollywood with his range. He tends to play everyman characters and John McClane is about as everyman as it gets. As a result, he landed the role that made him a household name and rocketed into a franchise that spawned four more sequels, with rumors of a fifth.

Bruce Willis got his career out of a small slump thanks to the movie 'Pulp Fiction.' (Miramax Films)

Despite finding success with “Die Hard” in 1988, Willis fell into a bit of a movie slump in the subsequent years, with the exception of its sequel.

It wasn’t until the 1994 Quentin Tarantino classic “Pulp Fiction” that Willis returned to the public consciousness with a vengeance. He lead one of the film’s many vignettes as Butch Coolidge, a prizefighter who bets on himself to win a match after promising a mob boss that he would throw the fight. However, when his girlfriend forgets to pack his dad’s immensely sentimental watch, he must retrieve it from his apartment knowing the mob is after him before they can go on the run.

According to a 2013 Vanity Fair article, Willis' presence in the film is what helped catapult it into the mainstream. Despite it having the star-studded cast we know and love today, Willis was the most popular star to join the cast at the time. Having been a fan of Tarantino’s previous movie, “Reservoir Dogs,” the actor was even willing to take a pay cut.

“Once I got Bruce Willis, Harvey (Weinstein) got his big movie star, and we were all good,” Tarantino said at the time. “Bruce Willis made us legit. Reservoir Dogs did fantastic internationally, so everyone was waiting for my new movie. And then when it was my new movie with Bruce Willis, they went apes---.”

After a string of less-than-stellar projects, “Pulp Fiction” was a return to form for Willis in that it was an action-heavy movie everyone was talking about. He would slump again for a few years before the equity he built up with “Pulp Fiction” landed him, once again, in blockbuster territory.

By 1998, Willis had capitalized on the equity built up from “Pulp Fiction” as much as he could. A third installment of “Die Hard” and movies like “12 Monkeys” and “The Fifth Element” helped keep his name at the forefront of audiences’ minds. However, he needed a major box office win.

He would get it in the form of director Michael Bay’s “Armageddon.” Willis plays Harry Stamper, a deep-sea oil driller who is tasked with going into space with his blue-collar team to plant a nuclear bomb inside a meteor that’s headed for Earth. Although the film was a definitive box office hit, it received poor reviews.

In 2013, the director even apologized for the film, noting that the studio took over for most of the third act.

“I will apologize for Armageddon, because we had to do the whole movie in 16 weeks,” Bay told the Miami Herald at the time. “It was a massive undertaking. That was not fair to the movie. I would redo the entire third act if I could. But the studio literally took the movie away from us. It was terrible. My visual effects supervisor had a nervous breakdown, so I had to be in charge of that. I called James Cameron and asked ‘What do you do when you’re doing all the effects yourself?’ But the movie did fine.”

Despite the critical jabs, the movie served to raise Willis’ profile a great deal. It was a major blockbuster film for that year and included an all-star cast. In fact, the film’s iconic ending in which Willis’ character sacrifices himself to save a very white-toothed Ben Affleck is still talked about to this day.

Bruce Willis took on a dramatic role in 'The Sixth Sense' after years of playing action heroes.  (Getty Images)

The year after “Armageddon,” Willis found his profile high, but his critical reception low. Taking a gamble and stepping outside his comfort zone as the action-movie everyman, the actor signed on for M. Night Shaymalan’s horror thriller “The Sixth Sense.”

Willis leads the movie as Malcolm Crowe, a child psychologist in Philadelphia who, after being attacked by an old patient he failed to treat, meets a young boy that is haunted by visions of dead people. Crowe gets to work on helping treat the boy only to discover, in a twist that shocked audiences for years to come, that he died during that attack at the beginning of the film and is yet another ghost that the boy can see.

Although Willis failed to get any Oscars attention for his role in the movie, it was huge nonetheless. While “The Sixth Sense” may have been a dramatic departure from the roles that Willis previously took, the director revealed that it was still his everyman persona that landed him the part of Crowe.

"Bruce is from New Jersey. I’m from Philadelphia. It always felt like the hometown boy kind of connection. When I was a kid, I watched his movies and wanted to make something with him. For me, when you see ‘Die Hard,’ obviously, there’s so many things — the physicality and stuff — but it’s the pathos of his relationship with his wife, which for me is the emotional underpinning of why that action movie transcends. I basically put him in another love story,” Shaymalan told The Hollywood Reporter in 2019.

Willis would go on to be a regular collaborator with the director, starring in his 2000 film “Unbreakable.” In 2017, the director threw Willis’ character from that movie into the ending of “Split,” laying the groundwork for an eventual sequel to both thrillers that culminated in the 2019 blockbuster “Glass.”