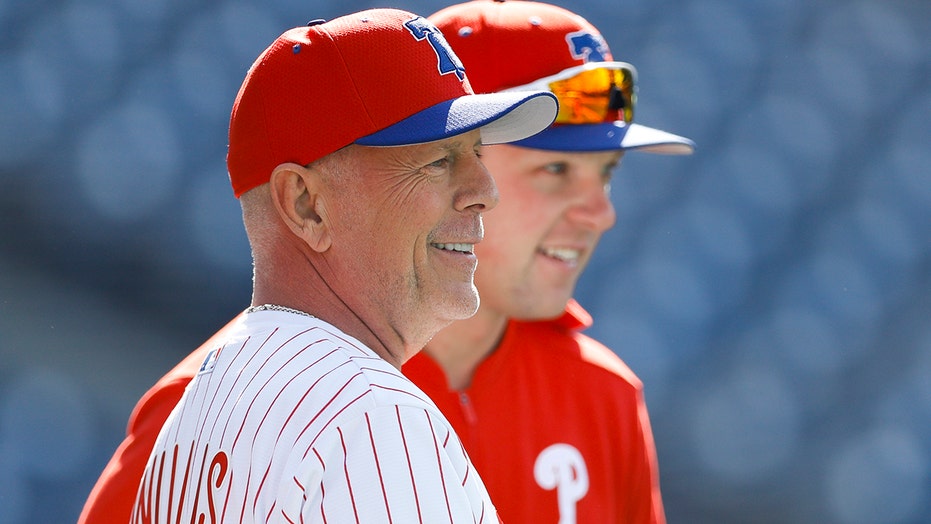 Willis, who was decked out in Phillies pinstripes, stood in front of the mound and attempted to throw a strike directly to home plate. However, he one-hopped the pitch to Phillies ace Aaron Nola.

He immediately heard boos from the Citizens Bank Ballpark crowd.

Willis, who joined the likes of 50 Cent and Mariah Carey in all-time bad first pitches, stepped into the batting cage prior to the throw. He used outfielder Nick Williams’ bat. He conceded that he'd rather take a shot at hitting pitches than throwing them.

Willis would agree with the second-year manager. In July, the actor ended the debate during his Comedy Central roast, saying the movie was in no way a Christmas movie.