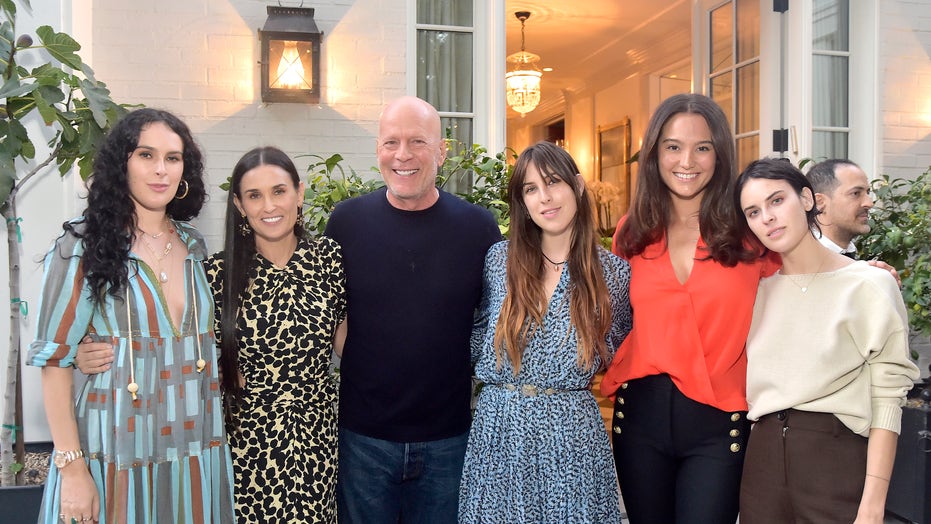 Even as exes, Bruce Willis and Demi Moore have nothing but love for each other.

On Monday, Willis, 64, stepped out with his wife, Emma Heming Willis, to support his ex, Moore, at the launch party for her new memoir, "Inside Out."

The former couple were joined by their three children: Rumer, 31, Scout, 28, and Tallulah, 25.

DEMI MOORE IS 'VERY PROUD' OF DIVORCE FROM BRUCE WILLIS

While at the event, the group posed for a photo.

Moore and the “Die Hard” franchise star called it quits in 2000 after 13 years of marriage. The 56-year-old actress addresses her very public split from Willis in her new book.

“It’s a funny thing to say, but I’m very proud of our divorce,” Moore wrote, according to The New York Times. Moore went on to explain that at first, she thought Willis was afraid she would make their dissolution dreadful for him.

“I think Bruce was fearful at the beginning that I was going to make our split difficult, and that I would express my anger and whatever baggage that I had from our marriage by obstructing his access to the kids — that I’d turn to all of those ploys divorcing couples use as weapons,” she said. “But I didn’t, and neither did he.”

She noted that although her breakup from Willis “wasn’t easy at first,” they both made a concerted effort to redirect the “heart of our relationship, the heart of what created our family, into something new that gave the girls a loving, supportive environment with both parents.”