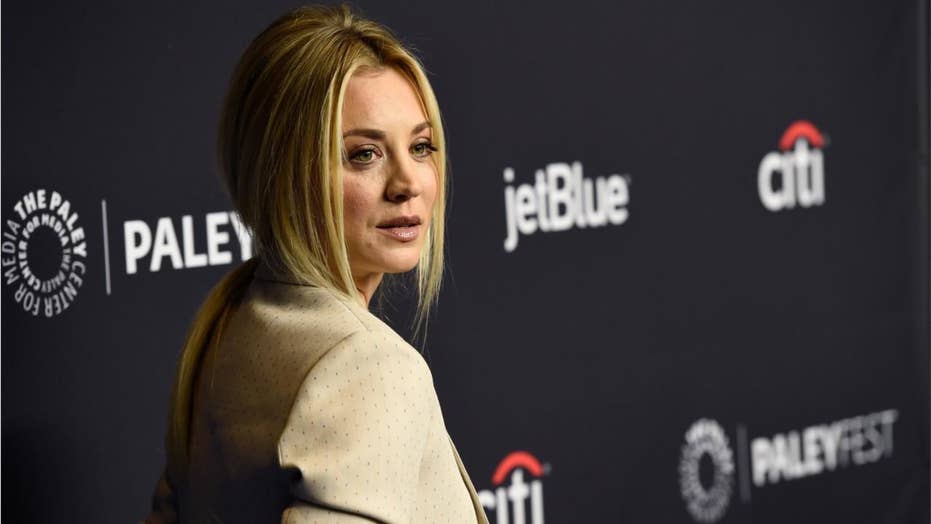 On Thanksgiving, 'Big Bang Theory' star Kaley Cuoco found a baby seal in distress at her California beach home. She called an animal rescue hotline in an attempt to rescue it.

"There's one thing I wanted to address, which, again I don't normally do," Cuoco began. "I saw a bunch of people posting that I didn't stand up during Carol Burnett's speech. Are you crazy? Not only was I standing — I was bawling."

Cuoco continued to explain that 85-year-old Burnett, of the iconic "Carol Burnett Show," is one of her "comedic idols."

"She's one of the most iconic ... [she] paved the way for me as an actress and a comedian," Cuoco added.

Cuoco vowed that she certainly stood up and applauded Burnett's powerful speech, which she said was touching and one she would never forget. Cuoco said fans who believe she didn't stand for Burnette clearly "saw the wrong clip."

"Are you crazy? Not only was I standing — I was bawling."

"[It was] a speech that I will never forget and that I will be able to tell my own children that I was in the room that day," she said. "I was standing, and I will always stand for her."

"Sometimes, I catch myself daydreaming about being young again and doing it all over," Burnett said, adding she was "incredibly fortunate" to be in the industry at the right time. "[Because] what we did then couldn't be done today."

"We've been granted a gift, a canvas to paint with our talent. One that can make people laugh or cry, or both," she said of television and film performers. "This award is dedicated to all those who made my dreams come true and to all those who shared my love for television ... I'm just happy our show happened when it did. I am so glad we had this time together."

The "Big Bang Theory" lead isn't the only actress to declare a mix-up occurred at the event.

"This Is Us" star Chrissy Metz is also denying claims she called actress Alison Brie "such a b---h" during a pre-show interview on the red carpet Sunday. Reps for Metz and Brie didn't immediately return Fox News' request for comment on the matter, but Metz later took to Twitter to slam the "completely fabricated" reports.

“It’s terribly unfortunate anyone would think much less run a story that was completely fabricated!” she wrote. “I adore Alison and would never say a bad word about her, or anyone! I sure hope she knows my heart.”

Brie later responded, saying she has "nothing but love" for Metz.

“Nothing but love for @chrissymetz!! Rumors can’t keep us down!” Brie posted on her Instagram Story.