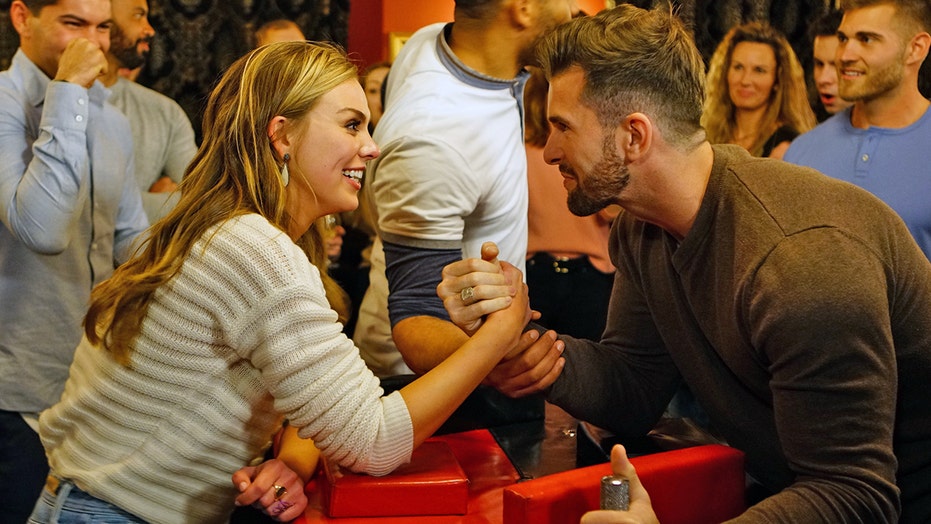 "The Bachelorette" star Hannah Brown is speaking out after Jed Wyatt seemed to have shaded her on social media.

Loyal viewers of the reality series were stunned when Brown ended her engagement to Wyatt during the show's recent season finale, in which he revealed that he had been dating another woman, Haley Stevens, prior to leaving to film the show. Despite his regretful appearance on the "After the Final Rose" special, Wyatt's recent actions on social media have left some people in Bachelor Nation unconvinced.

"When you're hurt, because he's hurt too, you want to justify things, and maybe that was just a way for him to see it in an way that explains some of his hurt."

On Instagram, Wyatt's account appeared to have "liked" negative comments about Brown, including one which alleges she's been "sleeping with several people."

"Honestly I'm not quite sure why everyone hates on Jed so hard...Hannah was sleeping with several people throughout the season and he has to deal with that in her past...just like she needs to get over his. Like come on. It's a television show I wouldn't expect to fall in love either," the comment read.

This image released by ABC shows Jed Wyatt, left, and Hannah Brown from the season finale of "The Bachelorette."  (Mark Bourdillon/ABC via AP)

Another comment Wyatt's account "liked" reads, "You're better off without her Jed. If she couldn't work through this with you, there's no way she could work through some of life's tougher challenges. We all have skeletons. When they come out, we at least try to work through them. If we can't, we move on."

Speaking to Entertainment Weekly on Monday, Brown responded to these actions by saying that even though she doesn't know why Wyatt "liked" those comments, she insisted that she remained transparent about her dating history throughout the program.

"I think there's always — when you're hurt, because he's hurt too, you want to justify things, and maybe that was just a way for him to see it in an way that explains some of his hurt," Brown told ET's Lauren Zima. "But you know, I think we all know what show we were on, and my dating relationships were very out in the open and everybody knew what they were a part of."

This image released by ABC shows Hannah Brown from the season finale of "The Bachelorette." (Mark Bourdillon/ABC via AP)

'BACHELORETTE' STAR HANNAH B. PROMISES FANS YOU'RE NOT 'DONE SEEING ME' AFTER SHOCKING FINALE

"The Bachelorette" host Chris Harrison also spoke to ET about the situation, and expressed his own theories on why Wyatt reacted in this way.

"To be honest, I don't know him well enough. I haven't talked to him since that day that we left the studio," Harrison said. "I think he was remorseful and sorry for a lot of the things that went down. I'm sure there are some things he would like to say as well, now that Hannah's come out and been so vocal about a lot of things she did. So, I'm sure he has his feelings hurt, if he really did love her, which I do think he did.

While Harrison was reluctant to dive deeper into the issue, he simply offered one factor that could affect his opinion. "Are you sorry or are you sorry you got caught? And there's a big difference between that," he said.