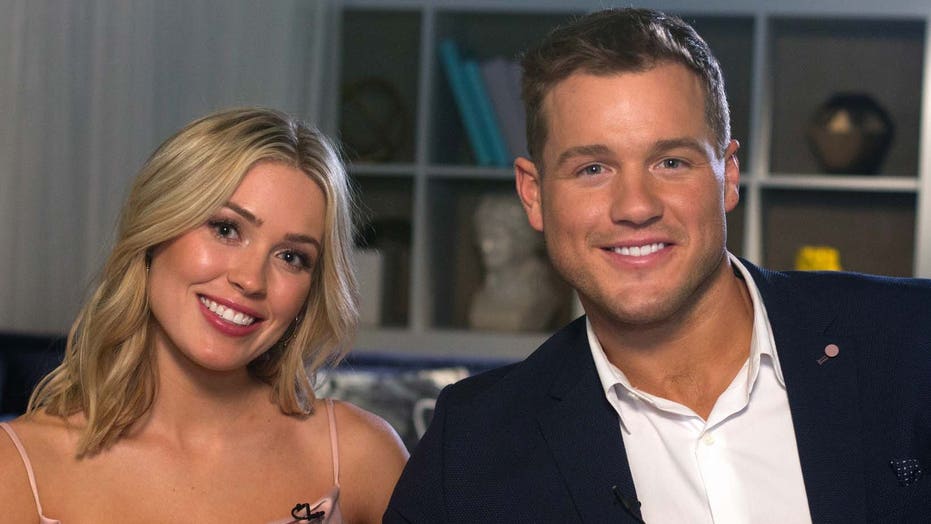 “Bachelor” blues are upon former stars Cassie Randolph and Colton Underwood as their split has reportedly taken a turn for the worse.

Randolph, 25, filed a restraining order against the 28-year-old reality star on Friday in Los Angeles, according to TMZ.

Per the outlet, citing court documents, Randolph alleges Underwood has been harassing and stalking her with unsettling text messages. She also alleges he placed a tracking device under the rear bumper of her car in order to track her movements.

Reps for Underwood and Randolph did not immediately respond to Fox News' request for comment.

In addition, Randolph reportedly further claims that some of the texts allegedly sent by Underwood accused Randolph of reconnecting with her ex-boyfriend. According to TMZ, she alleges Underwood tried to cover his tracks by sending anonymous messages to Randolph and himself pretending to be a victim of the nameless stalker.

Furthermore, Randolph reportedly claims Underwood has been showing up unannounced not only to her Los Angeles apartment complex but to her parents’ home in nearby Huntington Beach, Calif. where he is said to have loitered outside the complex and her bedroom at her parents’ residence at 2 a.m.

Randolph also alleged in her filing that Underwood even came clean to her about sending the unsettling text messages and planting the tracking device on her vehicle, per TMZ.

The gossip site said it currently remains unclear if a judge has signed off on the order of protection.

Underwood selected Randolph to hand his final rose to at the end of his season of “The Bachelor” in 2019. However, the pair never proceeded with engagement and instead opted to continue dating following the season’s end.

Randolph claims in her filing that she and Underwood split in mid-April, TMZ reported, though the ex-couple announced their split in May.

Shortly before their split, Underwood had tested positive for the coronavirus. He stayed with Randolph's family as he battled the novel virus after testing positive in March. He has since recovered.

In July, Randolph lamented that she has faced a tumultuous few months in the wake of her split from Underwood, but noted that his COVID-19 diagnosis “had nothing to do” with their breakup.

She added that the experience had actually brought them much closer.

"The last 2 years I’ve been thrust into a spotlight after living a fairly normal life. Since then, I’ve been trying to learn how to navigate my life changes while also trying to cling to who I am," she wrote in an Instagram post at the time. "I used to think a platform would give me a voice, but in many ways a platform takes your voice. For someone like me it’s been paralyzing."