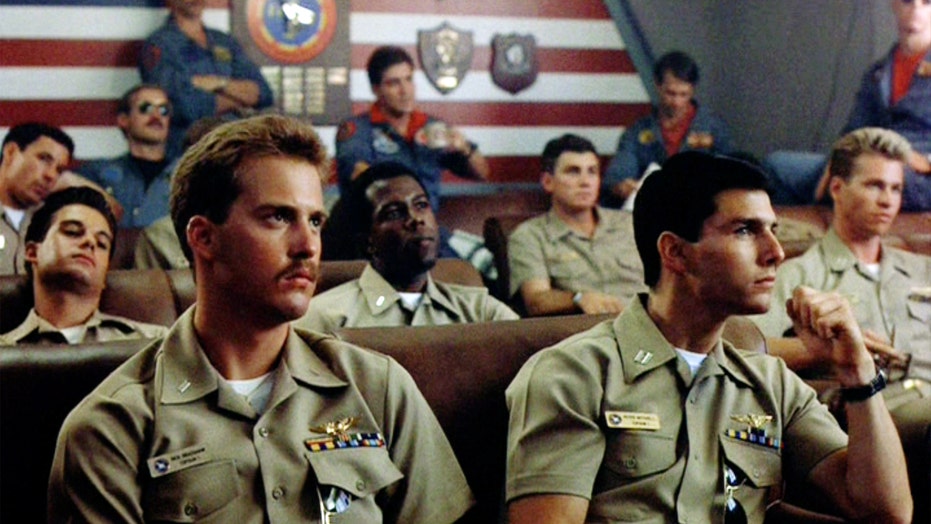 "Top Gun" fans are forced to wait a bit longer for the upcoming sequel due to the coronavirus pandemic pushing back its release date, but have no fear: Maverick's trusty wingman Goose is certain it'll be worth the wait.

Anthony Edwards, who played Goose in the 1986 action-packed blockbuster, reflected on his time spent filming with Tom Cruise in an interview with Fox News. Although Edwards' character dies in the original and does not appear in "Top Gun: Maverick," he's confident the sequel will be just as head-turning as -- if not more than -- the first.

"It'll be fun to see. I love flying and I loved what we've achieved in that original that broke a lot of rules," Edwards told Fox News. "It was just so exciting visually. Of course [Cruise] will do it justice. He's proven himself as an actor, a filmmaker, a story maker for many years and Tom Cruise is going to do a great version of the sequel. He only has one switch."

That "switch" seems to be Cruise's desire to do the impossible. The actor reportedly flies a jet himself for the sequel while six cameras record his every move from the cockpit.

Edwards was in his twenties when he landed the role of Goose, which catapulted him to stardom. He went on to play Dr. Mark Greene for eight consecutive years on "ER" opposite George Clooney.

Edwards says he has fond memories of preparing for "Top Gun," which took him, Cruise and Val Kilmer through vigorous aircraft training even back then.

"The most fun was getting qualified so that you could actually ride in the backseat to do the filming," Edwards said. "It was an incredible experience because we had to go through all the air and water survival training that anybody would have to go through to fly in the back of one of those planes. It was pretty exciting."

Edwards loved flying long before he snagged the role. Today, he has 10 years under his belt as a single-engine pilot.

"It's recreational but I love it," Edwards said.

That's why Edwards didn't bat an eye at the idea of Cruise performing his own stunts.

"I know that Tom always wants to do things to the nth degree, to the best of his ability, and if you have the opportunity to fly those planes, I wouldn't blame him for doing it," he said.

Anthony Edwards says he believes Tom Cruise will do 'Top Gun' justice with the sequel. (Getty)

Goose will partially live on in the sequel, as Miles Teller portrays his son in the upcoming film. But these days, Edwards is gearing up for the release of another project he poured his heart and soul into -- a film titled "The Tricky Part."

The Golden Globe winner served as the executive producer of "The Tricky Part" and it's being streamed on April 30.

The film follows the story of a boy who was sexually abused from age 12 to 15. It's a story of healing -- one that hits close to home for Edwards. The actor published an essay in Medium in 2017 detailing his past molestation by Hollywood producer Gary Goddard, who has denied the claims.

It coincides with work Edwards does off-screen as the chairman of the 1in6 organization, which lends support and resources to male victims of sexual assault. "The Tricky Part" is based on a memoir by Martin Moran, who turned it into a one-man play. The film personally helped Edwards make sense of his own past, so much so that he felt it belonged on the big screen.

"I hope people tune in. It's an hour and a half long with an incredible one-man performance that is telling a story that is really funny and really moving and hopefully it'll take you away on a great adventure," Edwards told Fox.

"The Tricky Part" premieres on April 30 at 8 p.m. ET via Facebook, YouTube, Vimeo and all home-streaming services such as Apple, Roku and Amazon Fire. It can also be viewed at 1in6.org.

Edwards will appear in a live roundtable discussion immediately following the premiere at 9:35 p.m. ET.