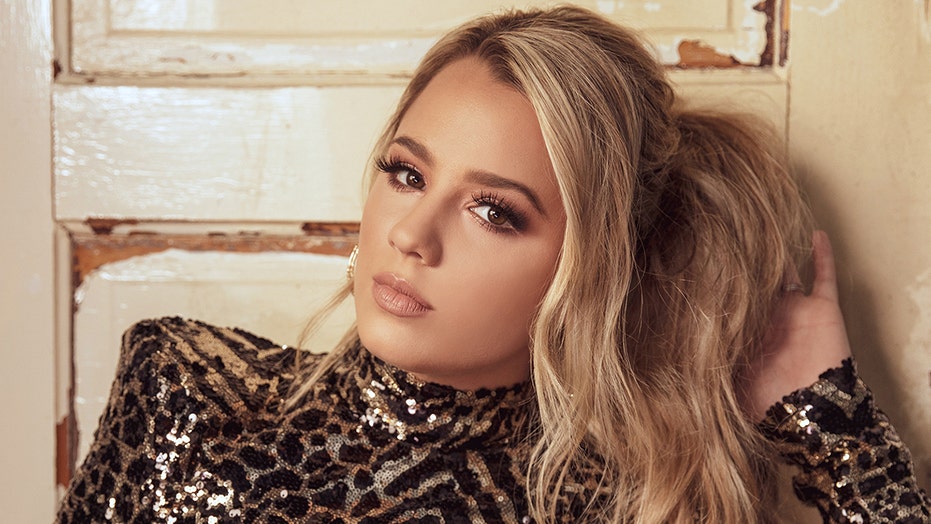 EXCLUSIVE: Gabby Barrett is on a long list of former competition singing show performers who have managed to turn reality TV appearances into stardom.

The 20-year-old country singer placed third on “American Idol” in 2018 as an 18-year-old dreamer and has maintained the momentum, becoming the first solo female songstress since Carly Pearce in 2017 to reach No. 1 on the country charts with her single “I Hope.”

COUNTRY MUSIC STAR JON PARDI ON HIS HARD WORK ETHIC, WHY HE DOESN’T COMPLAIN: ‘WE AIN’T GOT IT THAT TOUGH’

“So the plan with the song -- to just release it and see what people thought of it -- and for it to climb to these heights, I never would have thought it would have done that," she continued before confessing: "And I don't think I'll ever have a song that's as large as 'I Hope' ever again, which I'm completely OK with."

Barrett said she simply aims to “put music out so that people like it and that it's relatable” and that it “means a lot” to garner such praise from fans and the music community as a whole.

“I was very excited to know my debut single -- my first single push to country radio did end up being number one,” she raved. “And the woman before that was in 2017, Carly Pearce, and before that was Kelsea Ballerini. So it's some good footsteps I'm definitely following.”

The Nashville native said to develop the overall concept for the album’s title track, she not only looked to her record-breaking single, which appears twice on the 13-song project, but in naming the album “Goldmine,” Barrett said over a two-year span of writing and recording, she finally felt she “struck her own little goldmine” with this one.

“The reason I wanted to put 'I Hope' as [the] first and last [tracks] was I wanted both versions to be on the album first and then secondly, I think 'I Hope' will always be kind of my staple song in my career,” Barrett said of the tune in which she and Charlie Puth belt out a duet.

“And so with what's come the past couple years, I thought it was appropriate to put, 'I Hope' as first and last in this album and then everything else in between," she added.

Barrett went on to say that she wanted to name the album "Goldmine" "not just because it was the title track" but also mainly due to the fact of when she would think of the people who "worked in gold mines."

"It was notoriously known to be very hard work,” she explained. “And I feel like with this album, I have worked very, very hard to get these songs finalized and done and writing over the past two years – and I really feel like I've dug for these songs. And I feel like, with these 13 tracks, I've struck my own little goldmine.”

The lifelong gospel singer grew up crooning the best of Whitney Houston, Aretha Franklin, Patti LaBelle and Etta James. The self-proclaimed “guitar-driven girl” said fusing this project together brought her back to when she started out in country music at 11 years old following two years in the church choir.

“From 11 to 17, I just toured my butt off with my dad and my sister,” said Barrett. “We hit the road and I was singing all kinds of different songs and different types of genres. But I knew from an early age what I wanted my sound to be, which was country on bass, and I wanted to be a country artist.”

Now, in the age of streaming, Barrett said she hoped to throw every song she recorded onto “Goldmine” and said the real challenge rested in choosing which hits would make the cut.

“It's been really fun putting this together the past two years writing a ton. It was really hard to narrow the album down to 13 tracks because obviously we had cut more than that and I wish I could be like 25 tracks,” she quipped.

She added: “It was hard to narrow it down but it was exciting to see everything really come together as a whole – as the title and the color schemes of the album and the tracks – everything fits well together.”

“And I'm blessed to have had such a large creative hand in this album,” she said. “It's something that I definitely will be proud of, I think when I look back on.”

"Goldmine" is set to be released on June 19.