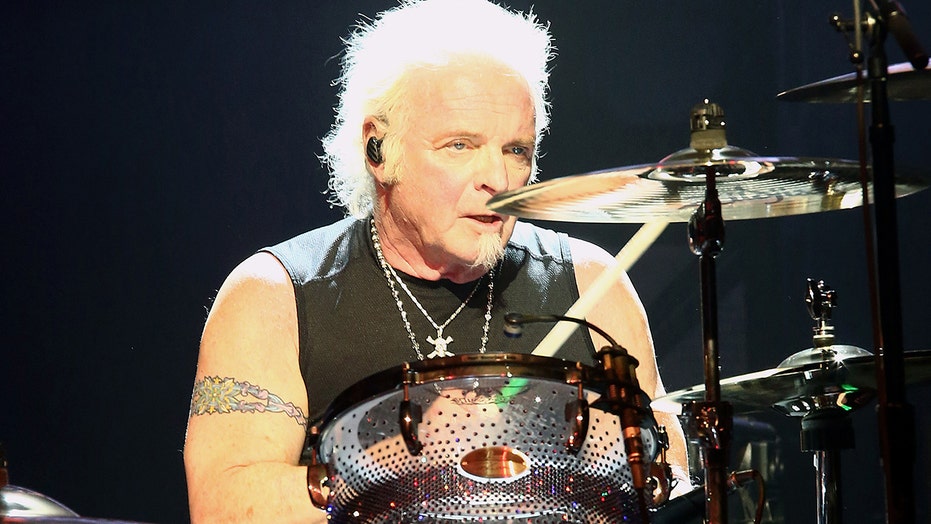 Aerosmith drummer Joey Kramer isn't letting a lawsuit get in the way of the love he has for his bandmates.

The 69-year-old rocker, who filed a lawsuit against his bandmates for preventing him from performing with them at the Grammys, spoke to TMZ while out in West Hollywood on Thursday and confirmed that he's still going to support the band at an event on Friday.

"I'll be there tomorrow night to spread the love because that's what it's about," Kramer told the outlet while being bombarded by fans for autographs.

Kramer was referring to the 30th Anniversary MusiCares benefit gala, where Aerosmith will be honored as the 2020 MusiCares Person of the Year.

"I never left the band," Kramer also told TMZ while engaging with fans. "I feel great."

Kramer's words came just one day after he was barred from attending Aerosmith's rehearsal space ahead of their performance.

Kramer filed the lawsuit after he claimed the band asked him to audition following minor injuries he endured last spring that prevented him from performing for roughly six months.

In the documents, he claims the rock group is freezing him out of their Grammys performance, as well as Friday's MusiCares event.

The band responded to his lawsuit, explaining that Kramer's health is their priority.

“Joey Kramer is our brother; his well-being is of paramount importance to us,” according to a statement from the band provided to Fox News. “However, he has not been emotionally and physically able to perform with the band, by his own admission, for the last 6 months. We have missed him and have encouraged him to rejoin us to play many times but apparently he has not felt ready to do so.”

It continues: “Joey has now waited until the last moment to accept our invitation, when we unfortunately have no time for necessary rehearsals during Grammys week. We would be doing a disservice to him, to ourselves and to our fans to have him play without adequate time to prepare and rehearse. Compounding this, he chose to file a lawsuit on the Friday night of the holiday weekend preceding the Grammys with total disregard for what is our limited window to prepare to perform these important events. Given his decisions, he is unfortunately unable to perform but of course we have invited him to be with us for both the Grammys and our MusiCares honor. We are bonded together by much more than our time on stage.”

Kramer’s suit claims that the stress of the situation caused another hospitalization that delayed his audition. He eventually sent a demo recording to the band, which determined that he was not at the level he needed to be at to perform with them at the Grammys and the upcoming MusiCares event.