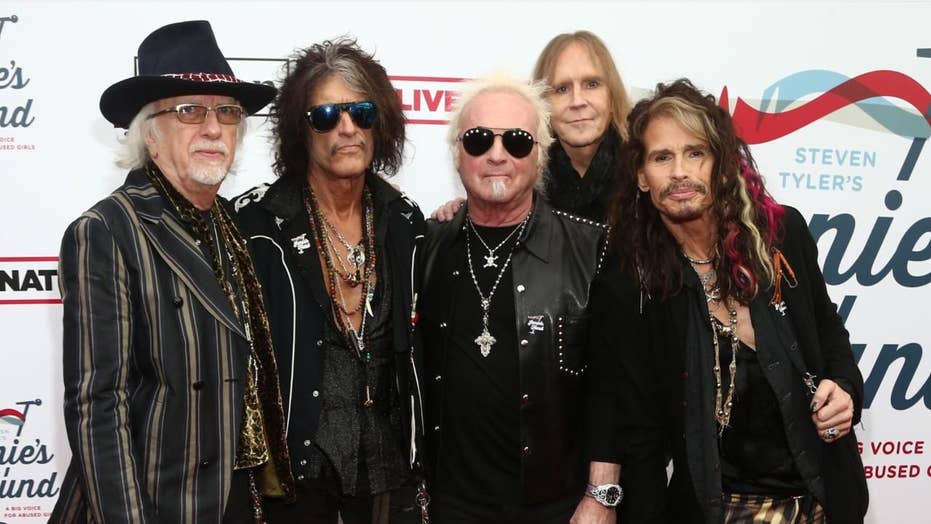 Aerosmith responds to drummer Joey Kramer's lawsuit, say it would be a 'disservice' to let him play at Grammys

Aerosmith’s drummer Joey Kramer is suing the band for freezing him out of an upcoming performance at the 62nd Grammy Awards. However, the other four members of Aerosmith, including Steven Tyler, say there is more to the story than just not letting him play.

Aerosmith responded to a lawsuit filed by drummer Joey Kramer against the rest of the band for allegedly preventing him from performing with them at the upcoming Grammy Awards.

The lawsuit stems from Kramer’s outrage at being asked to audition for the band following some minor injuries last spring that prevented him from performing for roughly six months. He claims that the rock group is freezing him out from their Grammys performance as well as their upcoming Person of the Year honor from MusiCares as a result.

“Joey Kramer is our brother; his wellbeing is of paramount importance to us,” a statement from the band provided to Fox News reads. “However he has not been emotionally and physically able to perform with the band, by his own admission, for the last 6 months. We have missed him and have encouraged him to rejoin us to play many times but apparently he has not felt ready to do so.”

The members of Aerosmith have responded to a lawsuit filed against them by drummer Joey Kramer (middle).  (AP)

It continues: “Joey has now waited until the last moment to accept our invitation, when we unfortunately have no time for necessary rehearsals during Grammys week. We would be doing a disservice to him, to ourselves and to our fans to have him play without adequate time to prepare and rehearse. Compounding this, he chose to file a lawsuit on the Friday night of the holiday weekend preceding the Grammys with total disregard for what is our limited window to prepare to perform these important events. Given his decisions he is unfortunately unable to perform but of course we have invited him to be with us for both the Grammys and our MusiCares honor. We are bonded together by much more than our time on stage.”

Aerosmith drummer Joey Kramer is suing the band for barring him from performing with them. (Tommaso Boddi/Getty Images for Janie's Fund)

Kramer’s suit claims the stress of the situation caused another hospitalization that delayed his audition. He eventually sent a demo recording to the band, who determined that he was not at a performance level he needed to be at to play with them at the Grammys and their upcoming MusiCares honor.

“The fact that I would be asked to audition for my own job, demonstrate that I can play at ‘an appropriate level’ and play better than my temporary fill-in with a moving target of made-up standards is both insulting and upsetting,” Kramer said in his statement to Rolling Stone. “Other band members and their lawyers will likely attempt to disparage my playing and claim that I am unable to play the drums right now. Nothing could be further from the truth.

"I did everything they asked — jumped through hoops and made both a recording of playing along solo to a recent live recording of the band — one I had never heard before, and that process was videotaped. But I did it, and I did it well. In Aerosmith’s 50-year history, no other band member has ever been subjected to this scrutiny let alone be asked to audition for his own job!”