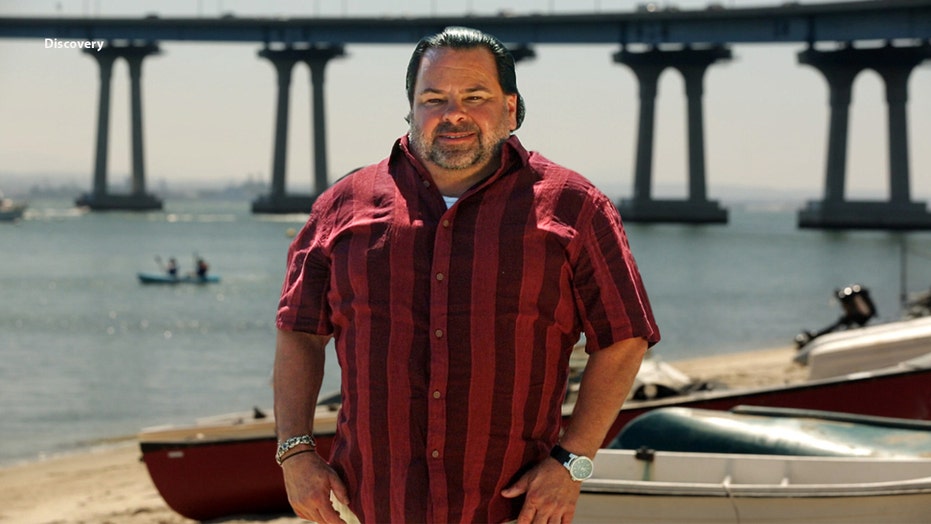 Big Ed on finding love with Rosemarie through social media and their 31-year age gap.

LOS ANGELES – "90 Day Fiancé: Before the 90 Days" star, Ed, has been single for nearly three decades, but the 54-year-old recently met the love of his life through social media.

Ed – best known as "Big Ed" for his larger-than-life personality – is set to meet 23-year-old Rosemarie in the Philippines for the first time ever — and with him is an engagement ring.

However, a 31-year age gap between the pair and the disapproval of his only daughter pose their challenges. Not to mention that Ed wasn't completely truthful with Rosemarie about his height (under 5 feet tall) and not wanting more children.

Fox News spoke to Big Ed about getting his second chance at love with Rosemarie and their journey together.

Fox News: Tell us about yourself.

Big Ed: I'm Big Ed and I'm 54 years old, and I live in San Diego, Calif., with my beautiful little dog, Teddy. I have a 29-year-old daughter and I've been divorced for about 29 years and I've been single for about the same amount of time.

Fox News: How did you meet Rosemarie?

Big Ed: I was on social media one day and adding friends and I noticed Rose's picture. She had beautiful eyes. I added her as a friend. And one day we just started chatting. And then from chatting, it led to Facetiming. And she started to send me pictures.

She would text me in the morning, ask me how I was, and by the time about two to three weeks went by, we were literally Facetiming, I mean, three to four times a day. And she would send me, she would videotape me first thing in the morning. So it's kind of cute. And I have never experienced anything like this in my life.

Big Ed with Rosemarie, 23, in the Philippines.  (Discovery)

Fox News: What did you love about Rosemarie when you two first started talking and how did you know you wanted to pursue a relationship with her?

Big Ed: Well, she was, Rose has, like I said, beautiful brown eyes. And she had a great personality. And when we started to Facetime every morning, I just you know, you just start to, she became the best part of my day, basically.

'90 DAY FIANCE' STAR EXPLAINS WHY SHE SPOKE OUT, SLAMS CO-STARS

Fox News: Was it an instant connection?

Big Ed: It was. Not at first because I had been messaging her, but she never, you know, really responded. And I would like some of her pictures. But once, you know, we had our first Facetime, call it, you know, just kind of took off from there.

Fox News: You have a 31-year age gap. What do you say to the naysayers out there?

Big Ed: Well, my biggest naysayer is my daughter Tiffany, and my mom, of course. But the conversation that I had with Rose, like the day we face, the first day we Facetimed. You know, I told her, 'Look, you know, I'm you know, I'm 54 and you're 23.'

Big Ed has been single for nearly three decades.  (Discovery)

You know, "Are you concerned about the age difference?" And she said, "No, age is just a number and it's how you feel about that person." And at that point, I never thought about it again. It just never was an issue. It was more of an attraction and the feelings that we, we begun to develop for each other.

Fox News: Your only daughter disapproves of your relationship. How difficult has that been for you?

Big Ed: Oh my God. The hardest thing through this whole process was the effect that this had on my daughter. My daughter is six years older than Rosemarie. And so she took it really hard.

We stopped speaking. I didn't talk to her for, you know, four weeks. I was, however, able to reconnect at the airport before I left for the Philippines. So that was a nice, wonderful surprise.

Fox News: Do you think your daughter will ever come around?

Big Ed: Yeah. So Tiffany and I had a great conversation when I got back. And, you know, we both agreed. You know, [that] it's not a good idea to date somebody that young. But she, she wants me to be happy. So we're in a really good place.

Fox News: You initially kept two things from Rosemarie – your height and not wanting more children – can you explain your thinking behind that decision?

Big Ed: Oh, absolutely. So I did. I wasn't completely honest with Rose, with the fact that she said that she wanted to have another girl. And I didn't acknowledge the request. I just kind of smiled. So I did know in my heart that she did want another girl. But for me at 54, I'm happy to take care ... of Prince, her 4-year-old son.

But as far as having more children, I wasn't ready to do that. So I did. I was keeping that from Rose, but as far as my height, I did tell her I was 5'2" when I'm really 4'11" but we Facetime so much over the last three, over the past three months that, you know, I was somewhat shocked when I did finally land in the Philippines and she was kind of taken back by my body shape and size. So it for me, that was kind of a gut punch. And I was taken aback a little bit by that.

Fox News: What was it like meeting Rosemarie for the first time?

Big Ed: Oh my God. It was surreal. I mean, if anyone can imagine, you know, FaceTimeing with somebody for, you know, months and then to get on a plane and fly 7,000 miles away and meet her for the first time. The anticipation, the excitement and the anxiety around that was just, it was a trip. It was a complete trip.

Fox News: What's the status of your relationship with Rosemarie today?

Big Ed: What I can tell you as far as where Rose and I are, I did go to the Philippines and I did meet her family. There's a huge language barrier because none of them speak English, although Rose does. So she was kind of my interpreter.

But Rose lives in a very poor community. There's no indoor plumbing and I'm a germaphobe and I have to sleep with air conditioning because I, you know, I just kind of sleep hot. So it was hot. It was humid. It was rainy. There were bugs. I mean, it was quite an amazing experience, full of adventure, full of drama, full of excitement and beauty.

The Philippines is a beautiful country and the women are absolutely stunning.

Fox News: What do you hope viewers will take away as they watch your story unfold for the cameras?

Big Ed: When the show first came out, I kind of had a flashback to high school. I have a syndrome called KFS. It's Klippel Feil syndrome where you are born with a shorter neck with limited range of movement, as well as an enlarged chest cavity. And I was always teased in high school and I was called everything from, you know, no neck Ed to neck-less. I mean, just, you can imagine.

So I was bullied throughout high school. So at first when the first show first started to air, I got a lot of bullying just, you know, you name it. You know, "I can't wait till neck season." And, "Where is the guy's neck?" And they would take my picture and do kind of funny things. And I'd begun to understand why my daughter and my ex-wife were so against me doing this because they knew I was opening myself up to be a target. I've always been Big Ed. I mean, I've always been short, but I've always used my stature as a positive thing. I never allowed my condition, KFS, to define who I was.

And there's been some exciting things that have happened because of that. When I was waiting tables, that's kind of how I came up with the term, Big Ed, I wanted people to know who I was as a waiter and they would come in and ask for Big Ed and I was 4'11" — and so it became something kind of funny. Well, years later I ended up in design and architecture, which is what I do now, and people now recognize me as Big Ed and I also get all the big projects. So in the end, it turned out to be a really good thing.

But as far as the online bullying, when the show first aired, it was hard for me. Very, very hard. But then I started to get letters from people all over the world telling me that they have the same form of condition. And they were really acknowledging my courage to open myself up. I mean, I'm on national TV putting mayonnaise in my hair. I'm in a tutu because I lost a bet at work. I didn't meet my quite my sales quota — I did really well. I did a million fifty-thousand, but I promised them 1.5 million.

So I am a man of my word and I'm not afraid to poke fun at myself, but they're in their lifetime, have been bullied and one of the people that wrote to me, you know, was even contemplating, you know, taking his life. And he, you know, it was hard. You know, I get a little bit upset because it brings back memories of what I had to go through.

But I basically told them, you know, "Don't let this define you and don't be afraid to be yourself." And it just, it really warmed my heart because I didn't expect any of this with this show. I was someone on social media that fell in love with a girl and bought a ticket and posted it. And the next thing you know, I'm on my way to the Philippines.

So I didn't do this because of the show. This is my reality. So in the end, it's turning out to be something good because I'm able to reach these people that are in pain, you know, that are hurting, that are being bullied. And through my own, you know, quirkiness and silliness and me just being Big Ed, I'm giving them encouragement and hope. So that in of itself makes me feel really good about what I'm doing.