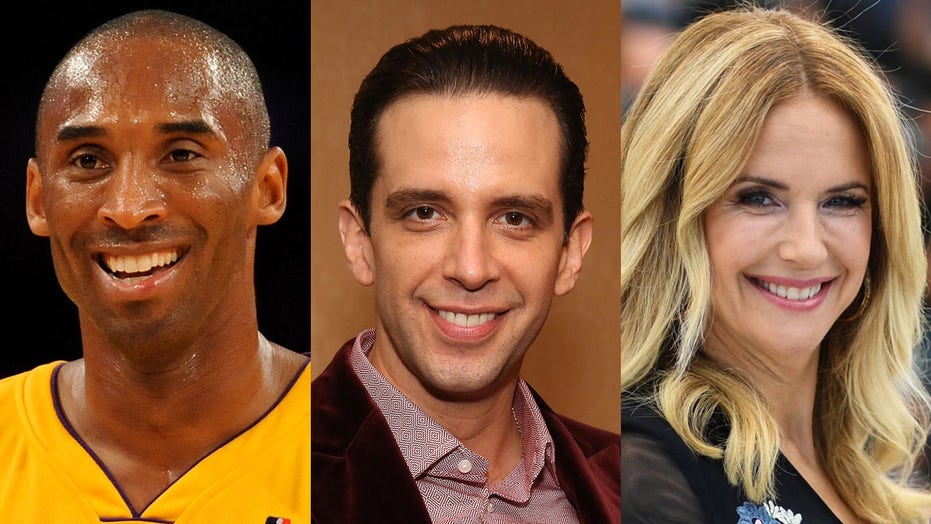 While the Emmys is a celebratory night for TV's biggest shows and stars, the ceremony also takes a moment to reflect on all the people we've lost over the past year in entertainment.

On Sunday's ceremony, musical artist H.E.R. performed a rendition of Prince's "Nothing Compares 2 U" while playing the piano and guitar.

Throughout the song, photos of stars like Chadwick Boseman, Naya Rivera, Regis Philbin and Kirk Douglas were displayed in a montage, but fans were quick to point out on Twitter how disappointed they were that Kobe Bryant, Nick Cordero and Kelly Preston weren't included.

While Bryant wasn't an actor, he was an entertainment icon and appeared on numerous TV shows during his career. Plus, the ceremony took place in the Staples Center in Los Angeles, where his longtime team, the Los Angeles Lakers, plays.

Many refer to the stadium as the "house that Kobe built."

"Umm @TheEmmys how do you manage to leave out Kobe Bryant from the In Memoriam while filming at Staples Center," wrote a fan.

Bryant died in a helicopter crash along with his 13-year-old daughter, Gianna, and seven other passengers back in January.

Cordero died on July 5 from complications due to COVID-19. He left behind a wife, Amanda, and son, Elvis.

Preston's exclusion was also met with disappointment from fans. She died on July 12 after battling cancer. She appeared in movies and TV shows and left behind her husband, John Travolta, and two kids.

However, actor Zach Braff took issue with the omission of his friend, Cordero, and his former "Scrubs" co-star, Sam Lloyd and took to Twitter to make public the explanation he got from the Academy.

"For those wondering: The Emmys chose to leave Nick Cordero out of the memorial montage. I had no idea one had to campaign to get their loved one in. We did. They passed," he tweeted.

He then shared a note he says he received from the Television Academy that reads: “Those involved in the In Memoriam selection process are very aware of the sad passing of Mr. Cordero due to coronavirus and we assure her that his name has been given every consideration for inclusion. With so many people passing in any given year, we simply cannot ensure any particular individual is included, nor do we release the names of those included prior to the telecast.”

"I should mention too, that they also left out Sam Lloyd. I would have never even considered 'campaigning' for Sam because he had more TV credits than most actors I know," he added in another tweet.

Representatives for the Television Academy did not immediately respond to Fox News' request for comment.