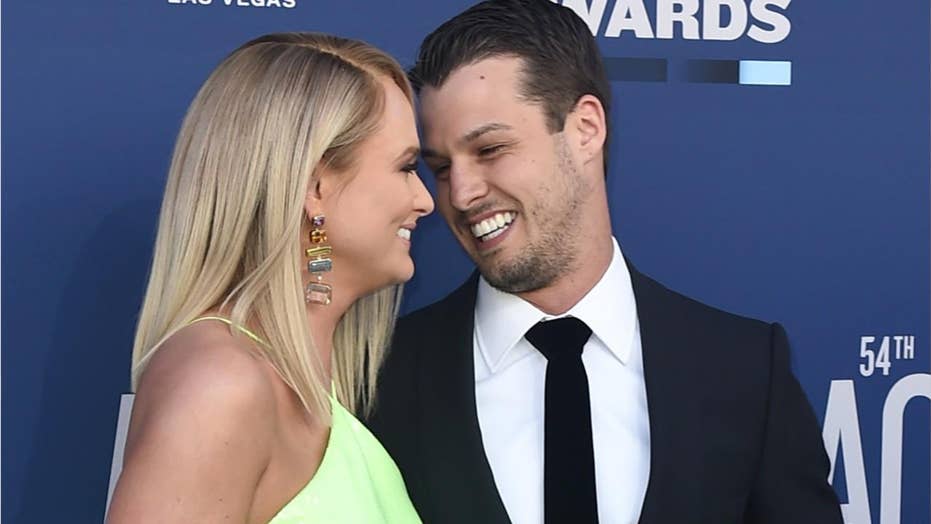 Nearly two months after she surprised fans with her secret nuptials to Brendan McLoughlin, Miranda Lambert and her new husband made their first public appearance at the 2019 ACM Awards.

Stepping out in a neon green halter gown, the "Tin Man" singer looked radiant as she posed next to McLoughlin, who kept it classic in a black suit.

The pair were all smiles as they posed for the cameras on the red carpet. At one point, the happy couple couldn't help but gaze into each other's eyes, as McLoughlin wrapped his arm around Lambert's waist.

The country star – who is set to perform a medley of her greatest hits, as well as a duet with George Strait at the ACM Awards – announced back in February that she “got hitched” to McLoughlin – a New York City police officer from Staten Island.

“In honor of Valentine’s Day I wanted to share some news,” "The House That Built Me" songstress wrote on Twitter along with photos of the pair.

“I met the love of my life. And we got hitched!" she continued. "My heart is full. Thank you Brendan Mcloughlin for loving me for.... me. #theone."

In one of the photos, the couple – dressed in wedding attire – had big smiles on their faces as Lambert cuddled her new hubby. In another, the couple looked into each other's eyes as she held a bouquet of flowers.