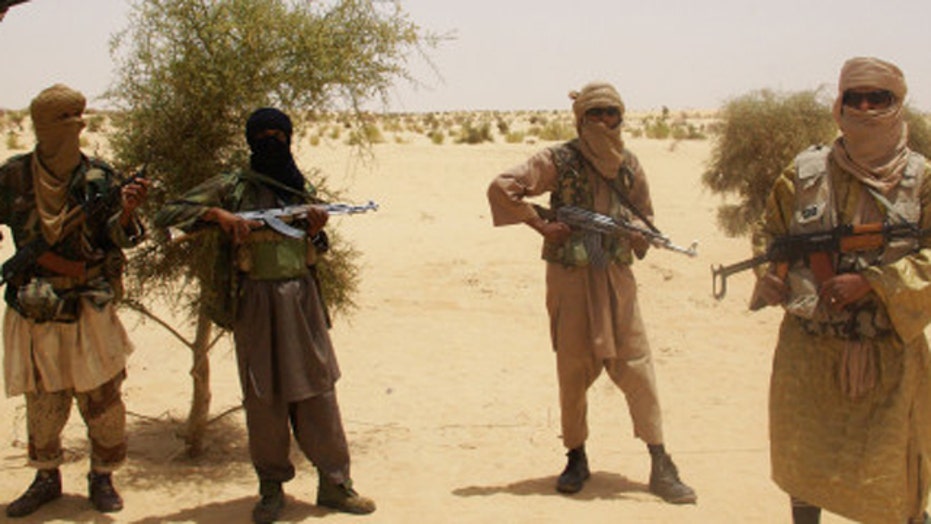 Would a strike on Syria benefit Al-Qaeda?

Amid approval by a Senate panel Wednesday to give President Obama authority to use force against Syria, new questions are rising over who would gain from a strike against the embattled Assad regime.

Tom Joscelyn, Senior Editor of the Long War Journal and Senior fellow at the Foundation for Defense of Democracies, discussed the topic with Defcon 3’s KT McFarland. Joscelyn says there are several groups fighting on behalf of the rebels in Syria and some, but not all, are linked to Al Qaeda.

“Not the entire rebellion is Al Qaeda. You have a various mix of groups there ranging from Al Qaeda affiliates … to more moderate groups,” said Joscelyn.

“What we’re seeing right now is a big push to argue that most of these groups are moderate and I just don’t think that’s the case.”

Critics fear weapons given to rebels could end up with extremists.

“One of the biggest problems is that Al Qaeda’s tactical guys on the ground inside Syria are some of the best trainers, “ Joscelyn explained. “If we give guns or ammo or anti-aircraft artillery anything like that to these other groups that aren’t technically Al Qaeda, there’s no reason why these can’t gravitate to Al Qaeda’s hands.”

Joscelyn says Al Qaeda is always looking for opportunities to strike anywhere in the world, but the extremist group isn’t just about ideology. They are working on establishing a base of operations.

“They are not just terrorists - they are political revolutionaries and they are in the process of a land grab throughout large of portions of North Africa and the Middle East,” said Joscelyn. “This is a major concern.”

Joscelyn also drew comparisons to the U.S. response to the situation in Libya after President Muammar Qaddafi was ousted in 2011.

“What we did in Libya is a good example of how to do it wrong,” said Joscelyn. “The problem is that what we did in the process is we turned over a large part of Eastern Libya to Al-Qaeda affiliated groups, extremist groups which control them today.”

Watch the full interview with Tom Joscelyn above and for more on this topic watch Foxnews.com LIVE weekdays at 12 p.m. ET