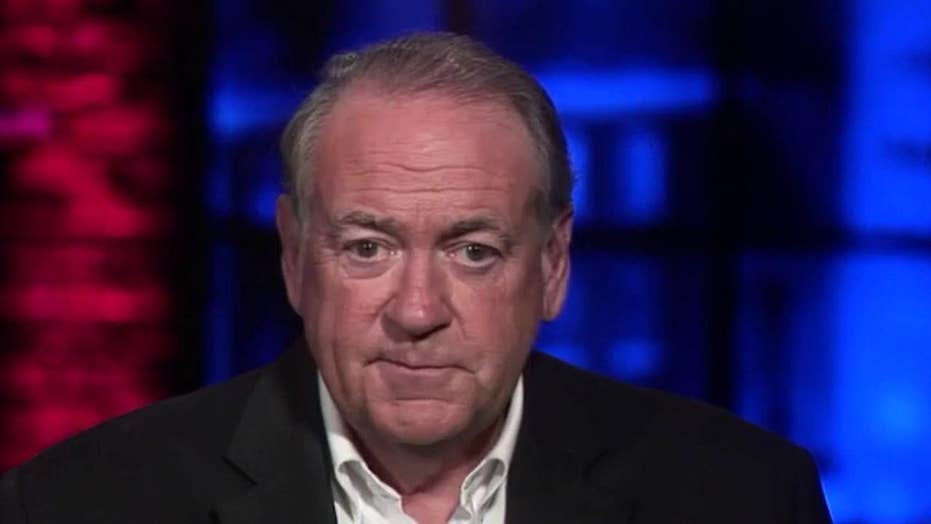 Coronavirus should be a public health, not political issue: Mike Huckabee

Former Arkansas Governor (R) and Fox News contributor Mike Huckabee discusses the importance of the border wall and says the mixed messages people are receiving about coronavirus precautions are getting old.

Countries facing a resurgence of coronavirus cases after reopening have reverted back to lockdowns, with many focusing on isolating specific regions with spiking rates of infections.

But the willingness to retighten restrictions amid growing public health concerns stands in stark contrast to the U.S.' approach to a fresh wave of new cases.

Despite skyrocketing numbers of new cases in states like Texas, Arizona and Florida, state officials are reluctant to shutter stores, businesses, and enforce stay-at-home mandates.

Texas officials announced over 5,000 new infections on Tuesday -- a single-day record for the state -- while a children's hospital began admitting adult patients to accommodate a surge of cases near Houston.

Gov. Greg Abbott warned residents to take the necessary precautions, such as wearing a mask and practicing social distancing, before venturing outside.

In Arizona, hospitals reported 84 percent of intensive care unit beds and 83 percent of inpatient beds were in use as of Monday, according to the data from the state's Department of Health Services, and a record high of 3,591 new cases were reported on Tuesday.

Still, President Trump barreled ahead with a campaign rally in Phoenix, where many supporters cheered him on, maskless.

Trump has publicly said he has instructed officials to "slow down" testing in an effort to reduce the number of newly recorded coronavirus cases. Administration officials later said he made those comments "in jest" though Trump told reporters afterward he wasn't joking.

Health officials told Congress on Tuesday that they will continue to test rigorously for the virus to isolate its spread and that no one has told them to do otherwise.

After weeks of trending downwards, new coronavirus cases in the U.S. have surged to their highest level in two months and are now back to where they were at the peak of the outbreak, the Associated Press reported.

On Wednesday, there were 34,700 new cases of the virus across the country, according to Johns Hopkins University.

Meanwhile, officials around the world are relying on increased testing to paint a more accurate picture of coronavirus resurgence in regions where the virus is rearing its head after businesses were allowed to reopen.

In Germany, more than 1,550 people tested positive for COVID-19 at the Toennies slaughterhouse in Rheda-Wiedenbrueck, forcing two counties to reimpose closures of movie theaters, gyms, and other businesses, while schools and daycare centers remain closed and public social interactions are limited to two people from the same family.

Medical staff and helpers from the German army take COVID-19 tests of Toennies employees and their families who are quarantined in Verl, Germany, Tuesday, June 23, 2020. Following the corona outbreak at meat processor Toennies in Rheda-Wiedenbrueck, the federal state authorities are massively restricting public life in the Guetersloh district with a lockdown. (AP)

Fearing that large gatherings could usurp any progress made to quell the virus in Australia, officials in the state of Victoria shut down two primary schools where dozens of new cases were reported and limited the number of people allowed to congregate to no more than 10, according to The Washington Post.

Saudi Arabia, which had previously began phased reopenings throughout the kingdom, was forced to clamp down again after new cases swelled. It has had the highest number of coronavirus cases in the Middle East. On Tuesday, officials took decisive action to pare down the usual flock of over 2 million worshippers to Mecca for the Islamic holy pilgrimage Hajj, to a mere 1,000 devotees already inside the country, much to the dismay of Muslims worldwide.

In South Korea, which largely avoided huge swaths of deaths during the initial months of the pandemic and never went into lockdown completely, officials have threatened to reimpose stricter restrictions after Mayor Park Won-soon said residents flouting social distancing precautions were largely responsible for a spike in new cases.