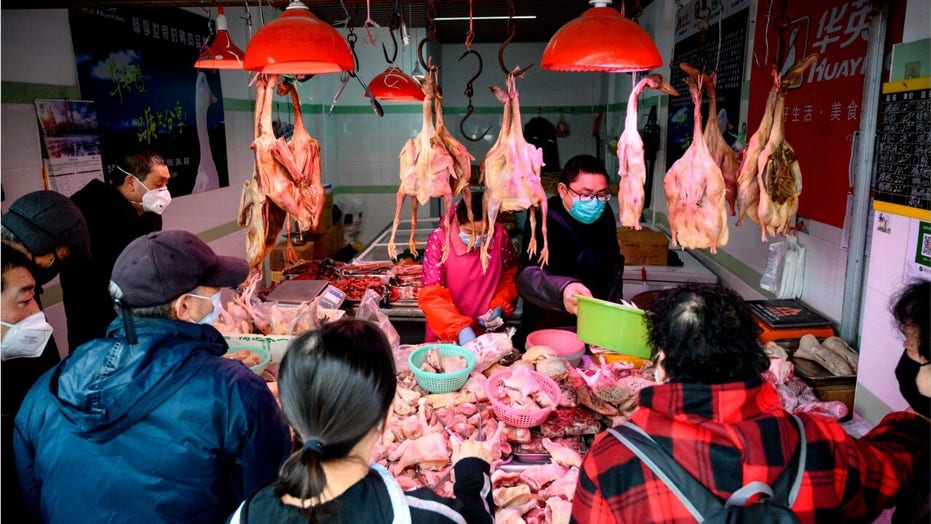 What are the 'wet markets' linked to the coronavirus outbreak?

There are rumors that the new coronavirus originated in animals sold at Chinese 'wet markets' in the city of Wuhan. What are 'wet markets' and how likely is it that this is true?

As medical professionals around the world are searching for ways to stop the coronavirus outbreak, greater scrutiny is being cast on the “wet markets” suspected to have played a role in the initial spread of the sickness.

While rumors have swirled that the virus originated in bats and then infected another animal that passed it onto people at a market in the southeastern Chinese city of Wuhan, scientists have not yet determined exactly how the new coronavirus infected people. But these kinds of markets are known to operate in not the most sanitary conditions.

“Wet markets,” as defined by the Oxford English Dictionary, are places “for the sale of fresh meat, fish, and produce.” They also sell an array of exotic animals.

The Huanan Seafood Wholesale Market in Wuhan, before its closure, advertised dozens of species such as giant salamanders, baby crocodiles and raccoon dogs that were often referred to as wildlife, even when they were farmed, according to the Associated Press.

And like many other “wet markets” in Asia and elsewhere, the animals at the Wuhan market lived in close proximity as they were tied up or stacked in cages.

Animals in “wet markets” are often killed on-site to ensure freshness -- yet the messy mix raises the odds that a new virus will jump to people handling the animals and start to spread, experts say.

“I visited the Tai Po wet market in Hong Kong, and it's quite obvious why the term ‘wet’ is used,” an NPR reporter wrote about them earlier this year.

“Live fish in open tubs splash water all over the floor. The countertops of the stalls are red with blood as fish are gutted and filleted right in front of the customers' eyes. Live turtles and crustaceans climb over each other in boxes,” he described. “Melting ice adds to the slush on the floor. There's lots of water, blood, fish scales and chicken guts. Things are wet.”

COVID-19, like SARS, is a disease that has been traced back to animals. But it’s not the only recent one.

The killing and sale of what is known as bushmeat in Africa is thought to be a source for Ebola. Bird flu likely came from chickens at a market in Hong Kong in 1997. Measles is also believed to have evolved from a virus that infected cattle.

There are signs following the outbreak of the coronavirus that the Chinese government may make more lasting changes to how exotic species are raised and sold. Last month, Chinese leader Xi Jinping said the country should “resolutely outlaw and harshly crackdown” on the illegal wildlife trade because of the public health risks it poses.

Before the outbreak began, it was legal in China to sell 54 species of animals, like pangolins and civets — as long as they were raised on farms. But that made it difficult to distinguish between legal and illegal wildlife in “wet markets”, and enforcement was lax, Jinfeng Zhou of China Biodiversity, Conservation and Green Development Foundation, an environmental group based in Beijing, told the AP.

All told, officials say about 1.5 million markets and online operators nationwide have been inspected since the coronavirus outbreak began. About 3,700 have been shut down, and around 16,000 breeding sites have been cordoned off.

However, even if China successfully regulates or bans it, the wildlife trade is likely to continue elsewhere.

Recent visits to wet markets on the island of Sulawesi in Indonesia and in the coastal city of Doula in Cameroon revealed similar conditions to “wet markets” in China, the Associated Press reported. Vendors were slaughtering and grilling bats, dogs, rats, crocodiles and snakes, and sanitary measures were scant.