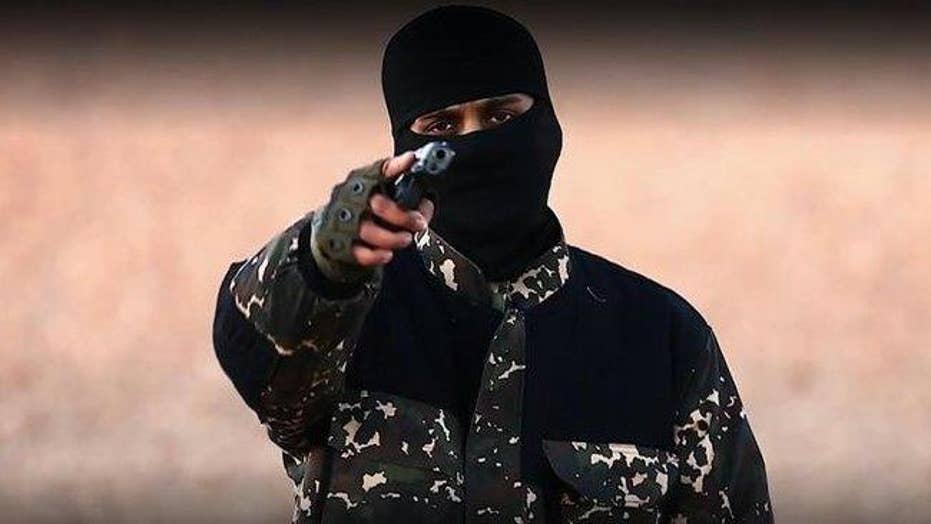 The terrorist who appeared in an Islamic State video showing the killing of five accused spies is believed to be a British man who left his job selling bouncy castles to join the insurgency.

The Daily Telegraph reported Monday that the prime suspect is Siddhartha Darr, a 32-year-old Muslim convert from east London. When he wasn't selling or renting bouncy castles for children's parties, he enjoyed the rock band Nirvana and the Arsenal soccer club, British media report.

Darr's mother and sister admitted the man on the video sounded similar to their relative, according to the Telegraph.

The masked man has been dubbed the "new Jihadi John" by some media outlets. The nickname is a reference to Mohamed Emwazi, a British-born Muslim who had figured prominently in earlier ISIS beheading videos before being killed in a U.S. drone strike this past November.

Relatives told the Telegraph that Darr had been raised as a Hindu, but converted to Islam to marry his wife Aisha and became radicalized soon after. However, Sky News reported that there had been no official confirmation of the militant's identity.

The Telegraph reported that Darr was arrested in September 2014 on suspicion of belonging to a banned group, Al-Muhajiroun, an organization whose goal is to bring Sharia law to Britain.

Hours after being granted bail, the Telegraph reported Darr was able to leave the U.K., making his way to Syria via Paris.

The man in the video, occasionally pointing a gun at the camera for emphasis, vows the extremists will soon invade Britain and establish Sharia law. He also mocks British Prime Minister David Cameron as a "slave of the White House," and "mule of the Jews."

The identity of a small boy who also appears in the ISIS video was confirmed by members of his family Monday.

Isa Dare, believed to be 4 or 5 years old, appears near the end of the video wearing camouflage gear. He makes a pointing gesture and says, "Go kill the kuffar (non-believer) over there."

The boy's mother, Grace Dare, was raised in a Christian family of Nigerian descent. She converted to Islam and changed her first name to Khadijah before traveling to Syria in 2012. She later married Abu Bakr, a Swedish ISIS fighter who is believed to have been killed.

Dare has said on social media she wanted to be the first British woman to kill a British or American ISIS hostage. Last year, she was said to have tweeted a picture of her son with an AK-47 rifle.

"I still call her our Grace," Dare's mother Victoria told the Daily Telegraph. "I want her back in my life. She is the only child that I have and the devil took her away."