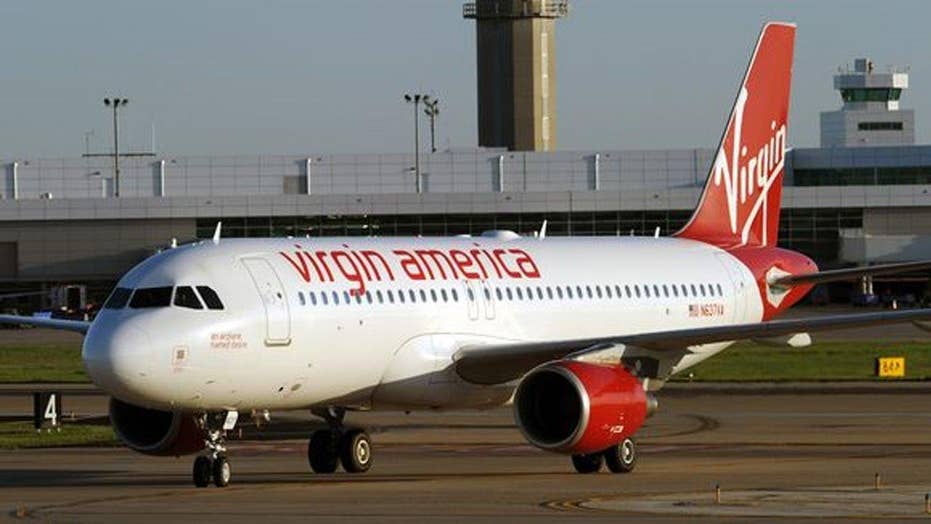 A New York-bound Virgin Atlantic flight was forced to return to London's Heathrow Aiport Sunday after the plane's first officer reportedly fell ill when a laser beam was shined into the cockpit.

A spokeswoman for Virgin Atlantic confirmed that Flight 25 bound for JFK Airport, had been abandoned "as a precautionary measure due to a laser beam incident." A flight track published on the website FlightAware.com showed that the Airbus A340-600 had passed over the west coast of Ireland when it decided to turn around.

A purported recording of one of the plane's pilots requesting permission to return to Heathrow was published online. In the recording, the pilot uses the code "pan, pan, pan" which refers to a non-life-threatening onboard emergency.

"We have a medical issue with one of the pilots after a laser incident after take off and we are going to return to Heathrow," the pilot says in the recording, adding that the incident occurred "around six or seven miles west of London."

London's Metropolitan Police confirmed to Sky News that they had been contacted at around 9:35 p.m. local time, but were still trying to establish exactly where the incident took place.

All the passengers were reported safe, but were forced to disembark and wait until Monday afternoon to fly on to New York. Their luggage was being kept on the plane overnight.

"The safety of our crew and customers is our top priority and we apologize for any inconvenience to those onboard," a Virgin Atlantic spokesman said. "All customers will be offered overnight accommodation and we will get them on their journey as soon as possible."

Lasers can cause a temporary loss of sight that persists even after the light is moved, the British Airline Pilots Association said. They also have the power to blind.

"This is not an isolated incident," said Jim McAuslan, the organization's general secretary. "Aircraft are attacked with lasers at an alarming rate and with lasers with ever-increasing strength."

Aviation analyst Howard Wheeldon described the shining of lasers into cockpits as a "very serious issue."

"Those who are endangering the lives of passengers must be brought to justice," he said.