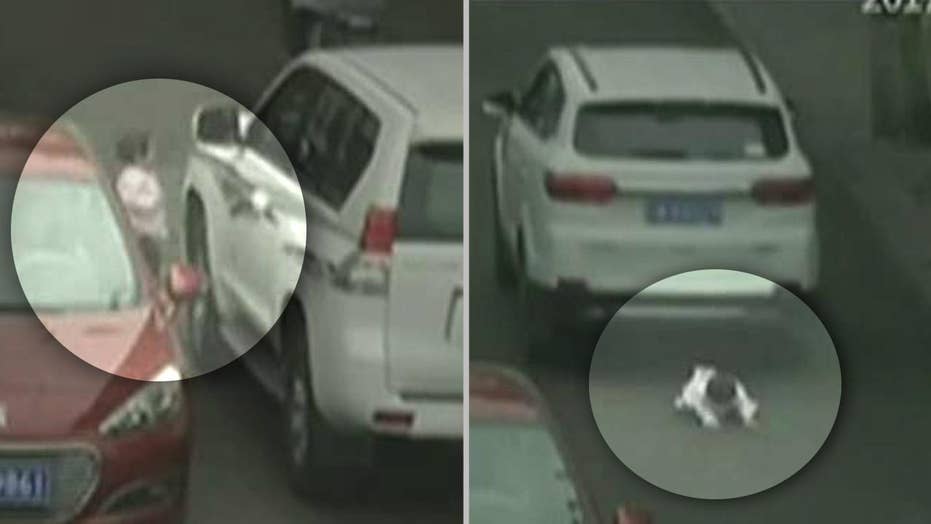 Shocking surveillance video from China captured a 2-year-old girl being run over by two cars, yet somehow surviving nearly unscathed.

The now-viral footage caught the moment when the child ran into the middle of street traffic in Sichuan Province in the southwest of the country. She was first run over by a white car, followed by another vehicle traveling close behind. The girl, who appeared to be lying face down on the street, was then quickly picked up by her grandmother.

The incident occurred on Monday and the girl was released from the hospital on Tuesday with just minor bruising to her head, according to ABC.

"The surveillance video footage on site and our preliminary investigation show that when the toddler was running across the road, she was in the blind zone of the first car and the driver didn't see her," said Guo Wei, a police officer with Xichang Public Security Bureau.

"And the following car was moving too closely behind the first one and the driver failed to see the toddler,” Wei added. “So both cars ran over her."