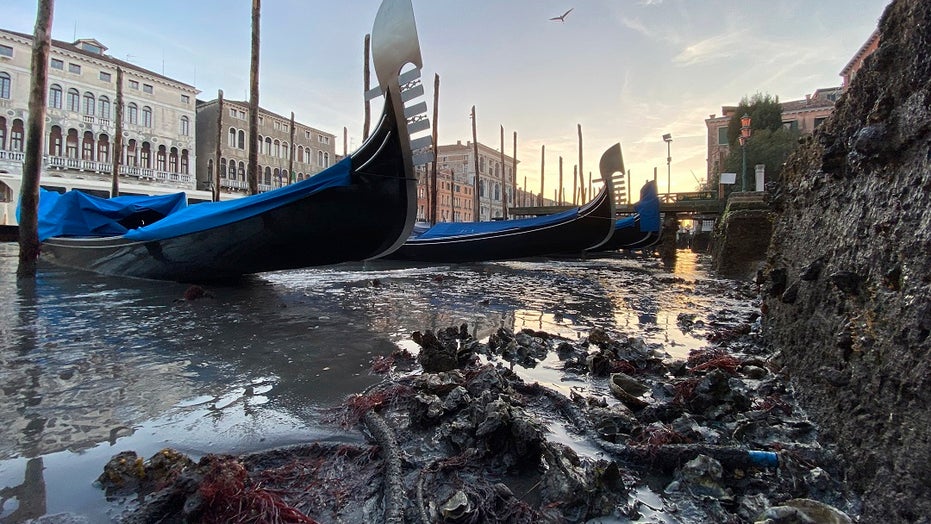 Just weeks after Venice, Italy was mostly underwater after suffering some of its worst floods in more than 50 years, its famous canals have now dried up, leaving them unnavigable thanks to low tide.

The boats and gondolas that draw millions to the city each year were beached at the bottom of the canals, which resembled trenches instead of waterways, as water levels have dipped, the BBC reported.

Gondolas are stranded in Venice, northern Italy, during exceptionally low tide, last week. The water peaked 45 centimeters below sea level in the afternoon making some of the Venice waterways unnavigable. (AP Photo/Luigi Costantini)

The scene of the tourist mecca is a stark contrast to photos and videos of flooded buildings and homes that went viral in November as the city grappled with a surge in water levels.

At one point, 85 percent of the city was underwater, prompting a crisis as officials contemplated how to save historic sites, along with precious artwork and mosaics.

Photos and videos circulated on social media showing intense flooding turning alleyways into rivers and drenching some of the city's major attractions, such as St. Marks Basilica, which was submerged in more than three feet of water.

Shops and businesses were forced to close and pedestrians donned high boots to wade through the water or were made to walk on temporary platforms above the floodwaters.

VENICE FLOODING HAS CITY 'ON ITS KNEES,' ITALY DECLARES STATE OF EMERGENCY

Water levels peaked at over 6 feet, the second-highest record ever in Venice. Damage from the floods is estimated at more than $1 billion.

The city is built on a collection of 400 islands and is navigated via canals and more than 400 bridges, according to Sky News. Venice frequently floods when high winds push in water from the lagoon, but last year's levels were exceptionally high. 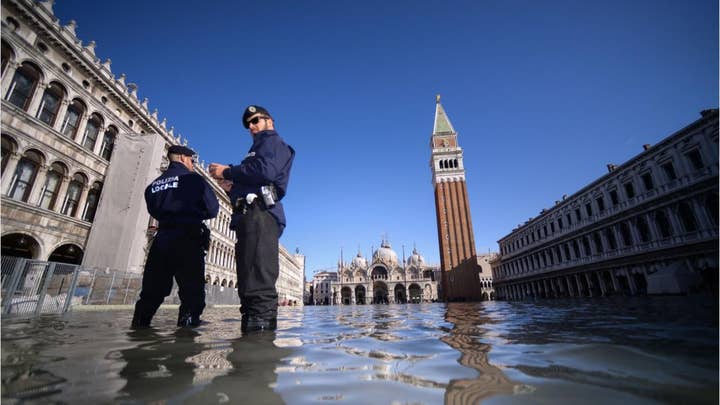 Five of the city's 10 worst floods have occurred within the past 20 years since record-keeping began in 1923. To compound the flooding, Venice is currently sinking at a rate of a few millimeters annually.

The Italian government has been developing barriers and floodgates to mitigate the damage since the 1980s.