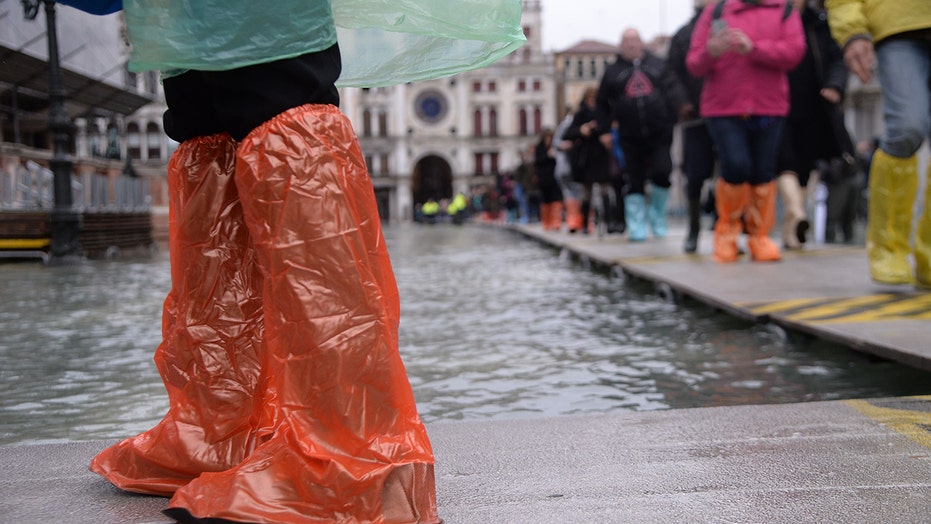 A video of a tourist in Venice falling underwater while trying to take a selfie during the city’s recent major flooding has garnered hilarious reactions online.

The video, originally shared on Twitter, shows the unidentified man wading through Venice’s massive floods while holding a selfie stick. Within seconds, he takes an unfortunate plunge.

“I'm going to hell for laughing,” wrote Twitter user "StanceGrounded," who shared the now-viral video on Sunday. The video has been viewed more than 5 million times, with over 62,000 retweets and 192,000 likes as of Tuesday evening.

Reactions to the video were, not surprisingly, humorous.

“He may drown...but he's going to try to save that phone,” one person tweeted.

“I can’t stop watching or laughing,” another Twitter user commented.

One skeptic called out the video, suggesting that maybe the whole thing was staged.

“You can see the floor in the shallow end, he looks at it and he takes a smaller step just to reach the edge then takes a big step,” the critic tweeted. “I'm sending fake.”

Another Twitter user, however, challenged that theory, tweeting: “The ‘shallow end’ is a flooded sidewalk, the ‘deep end’ is the actual canal. He probably didn't realize there was a canal there.”

Other reactions focused more on the water itself and its potential health risks.

“Because walking into a body of toxic, polluted, bacteria-ridden, microscopic sewage-filled water seemed like a good idea,” one user said. “For his sake, I hope his next stop was a hospital.”