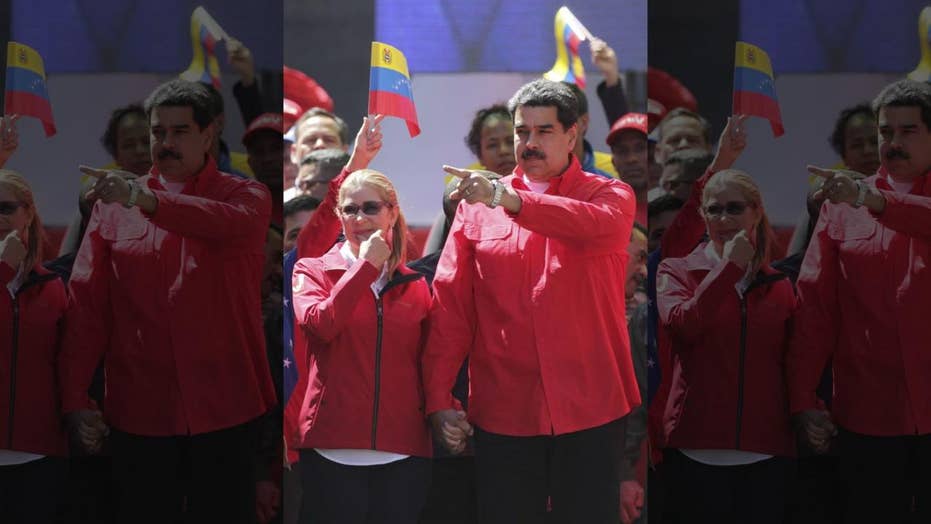 Embattled Venezuelan leader Nicolas Maduro vowed to defend his nation’s independence with his life during a speech before thousands of cheering supporters Saturday, calling the opposition against him a “small group of dummies” who “can’t think for themselves.”

A defiant Maduro accused the United States of trying to colonize Venezuela and seeking ways to confiscate its oil. He said those opposed to him are letting President Trump call the shots, but the Venezuelan people don’t know it.

Guaido promised to overthrow Maduro a month ago and restore democracy to the embattled nation as it faces food and medicine shortages, hyperinflation and political unrest.

The U.S. and around 50 other countries recognize Guaido as Venezuela's legitimate leader.

Guaido has launched efforts to bring humanitarian aid into Venezuela from neighboring Colombia. On Saturday, demonstrators and security forces clashed as tensions rise over the delivery of the aid. Maduro has denied there is a humanitarian crisis and has resisted calls to accept international aid, particularly from the U.S.

On Saturday, Maduro announced he will break ties with Colombia and ordered its diplomats to leave within 24 hours.