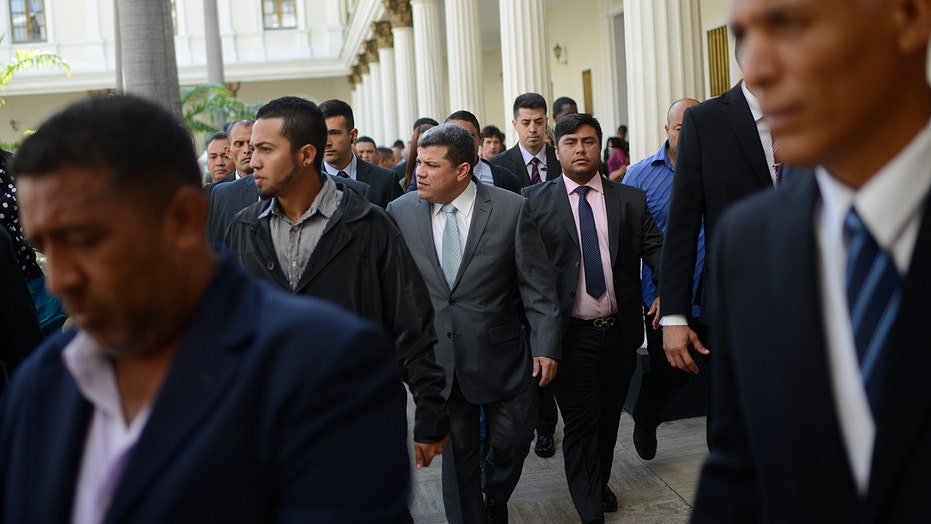 The lawmakers have been blocked for three weeks from accessing the National Assembly, the last major national institution under opposition control and the center of the struggle over who governs the crisis-wracked nation.

But a clash with Maduro gun-toting supporters could happen next week.

“We are going to show them that we are fighting for the freedom of Venezuela,” Guanipa said. “We'll demonstrate, as we always have, that we're absolutely ready to do whatever is required to achieve democracy in Venezuela.”

Guaidó, however, has no control over government institutions or the military.

VENEZUELA'S GUAIDO FORCES HIS WAY INTO CONGRESS AMID STANDOFF

Guaidó met Monday in Colombia with U.S. Secretary of State Mike Pompeo and was in London on Tuesday to meet British Foreign Secretary Dominic Raab.

Maduro´s government was shoring up its own international backing, as Foreign Affairs Minister Jorge Arreaza met with Iran’s President Hassan Rouhani in Tehran.