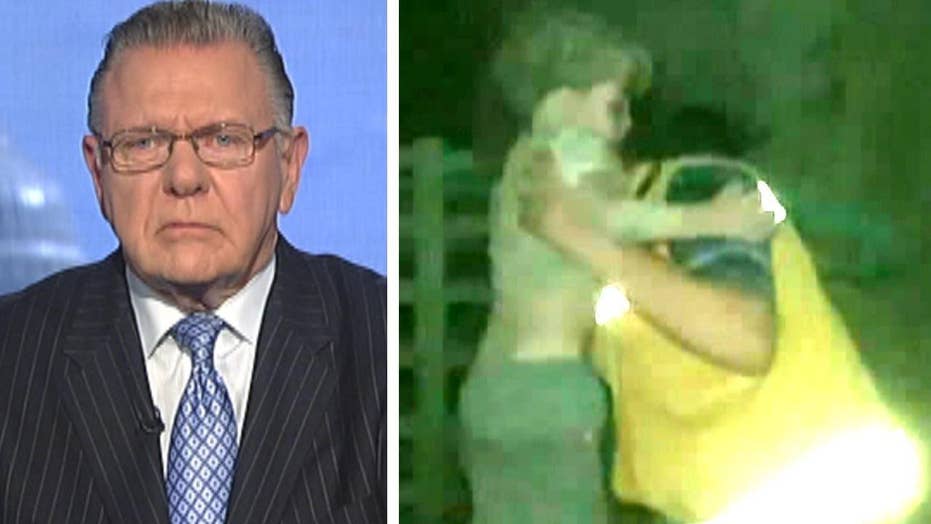 Gen. Keane: US policy in Syria an 'abject failure'

The Pentagon warned the Syrian government against carrying out airstrikes near U.S. and allied personnel Friday, one day after attacks caused the U.S. to scramble jets to protect special operations forces.

Navy Capt. Jeff Davis said the U.S. has increased combat air patrols in that area and has warned Syria that America will defend coalition troops. He also said he believes this is the first time the U.S. has scrambled aircraft in response to an incident like this involving Syrian government bombings.

"We view instances that place coalition personnel at risk with the utmost seriousness, and we do have the inherent right of self-defense," Davis said.

Davis said a small number of U.S. commandos were in the area Thursday training and advising Syrian Democratic Forces. The Syrian government strikes, he said, "did not directly impact our forces. They were nearby — close enough that it gives us great pause."

The U.S. initially contacted the Russians, and Moscow denied responsibility for the bombings. The U.S. relayed the warning to Syria through Russia because they are allied with the Syrian government in that country's civil war.

Saying the U.S. will do what is needed to protect coalition forces, Davis added, "The Syrian regime would be well advised not to do things that would place them at risk."

The U.S. aircraft arrived as the two Syrian jets were leaving, Davis said, so the U.S. had no radio contact with them. Efforts by Kurdish forces on the ground to contact the Syrian jets were unsuccessful, he said.

The U.S. jets tried to contact the Syrian aircraft but there was no response, the official said. No weapons were fired but the presence of the coalition aircraft encouraged the Syrian aircraft to depart the airspace without incident, according to the official, who was not authorized the discuss the incident by name and spoke on condition of anonymity.

Syrian government forces have been bombing Kurdish-controlled portions of the northeastern city of Hassakeh in recent days, and scores of residents have fled the city.

The additional U.S. combat air patrols will monitor the situation and provide assistance to coalition forces if needed, but are not enforcing any kind of no-fly zone, Davis said.

President Barack Obama has authorized the deployment of up to 300 U.S. special operations forces to Syria to work with the Syrian Democratic Forces. Small groups have routinely been moving in and out of the country to conduct the training and advising mission.