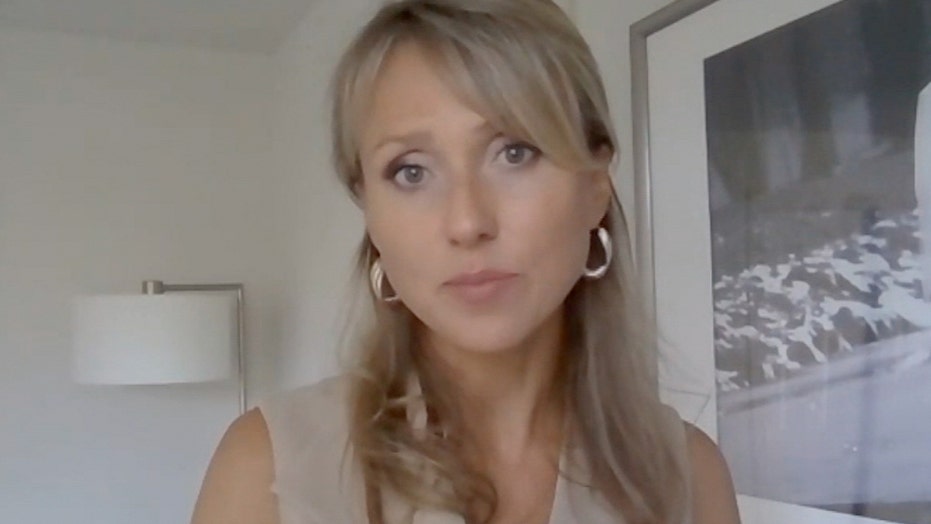 Vitali Shkliarov is among hundreds detained by authorities before and after a disputed election last month.

The pro-democracy protests and subsequent crackdown in Belarus are hitting home for one American couple.

Among the hundreds detained by authorities before and after a disputed election last month is 44-year-old dual American-Belarusian citizen Vitali Shkliarov.

Minsk claimed the Belarus-born former Washington-based political consultant was organizing an illegal rally. While critical of the regime in online postings, he and others said he was in the country with his young son visiting his sick mother when he was snatched off the streets of his family’s town in late July.

State Department employee Heather Shkliarov is speaking out in a push to free her husband, Vitali, jailed in Belarus. (Maryna Kavaleuskaya)

BELARUS' LUKASHENKO OPPONENT SAYS, 'WE WILL NEVER FORGET THE VIOLENCE ... WE WILL WIN,' AS PROTESTS CONTINUE

Now after more than six weeks in jail, his wife, Heather Shkliarov, a State Department employee, is speaking out. In a public move seen as unusual for an American diplomat, she issued a statement this week, stating her husband was being held in Belarus as a “political prisoner.”

She went on to claim that he’s being “deprived of basic physical liberties” and “subjected to extreme psychological pressure,” putting his health is in immediate danger. He was said to be recently showing symptoms of COVID-19.

Secretary of State Mike Pompeo repeated today an earlier call for Shkliarov’s release. He has said that the American is “unjustly detained.”  But Belarusian President Alexander Lukashenko has publicly called the American’s presence in Belarus as a sign of U.S. interference in the country. 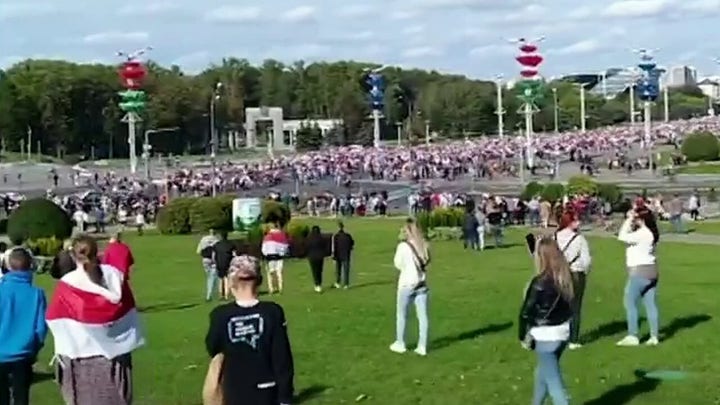 Shkliarov faces a possible three years in prison.  There are fears Belarusian authorities could extend that.

“He should be released immediately and cleared of the baseless charges that have been brought against him,” said Heather Shkliarov, who has not been able to see her husband since he’s been in detention.