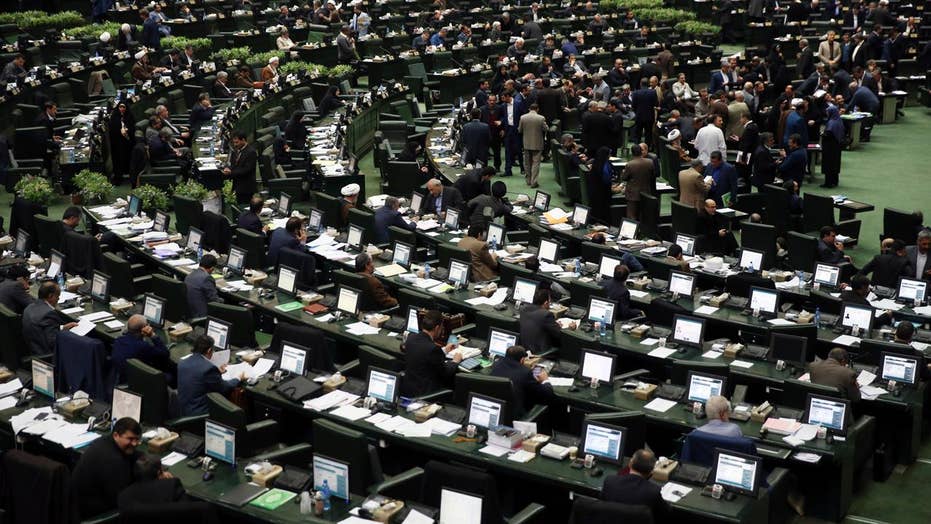 Reaction to the legislation on 'Fox & Friends'

Iran on Sunday sent another drone close to a U.S. Navy aircraft carrier in the Persian Gulf -- the second time in a week such an episode occurred, and an incident the Navy called "unsafe."

This latest incident comes after the "unsafe" encounter last week between an Iranian drone and a U.S. Navy F-18 Hornet that was attempting to land aboard the USS Nimitz in the Persian Gulf. It also comes one day after Iran said it would spend $500 million to boost its missile program following new sanctions from the United States.

Navy Lt. Ian McConnaughey, a spokesman for the Bahrain-based 5th Fleet, said the drone's flight was "unsafe and unprofessional."

"Despite repeated radio calls to establish communications and remain clear, the QOM-1's controlling station was unresponsive and the [unmanned aerial vehicle] did not use any aircraft navigation lights while it made several passes in close proximity to Nimitz and its escort ships during active flight operations, coming within 1,000 feet of U.S. aircraft," McConnaughey said. "The failure of the Iranian UAV to utilize standard, internationally-mandated navigation lights during a night time approach of a U.S. aircraft carrier engaged in flight operations created a dangerous situation with the potential for collision and is not in keeping with international maritime customs and laws."

On Tuesday, an Iranian drone nearly collided with a Navy jet, coming within 100 feet of vertical separation.