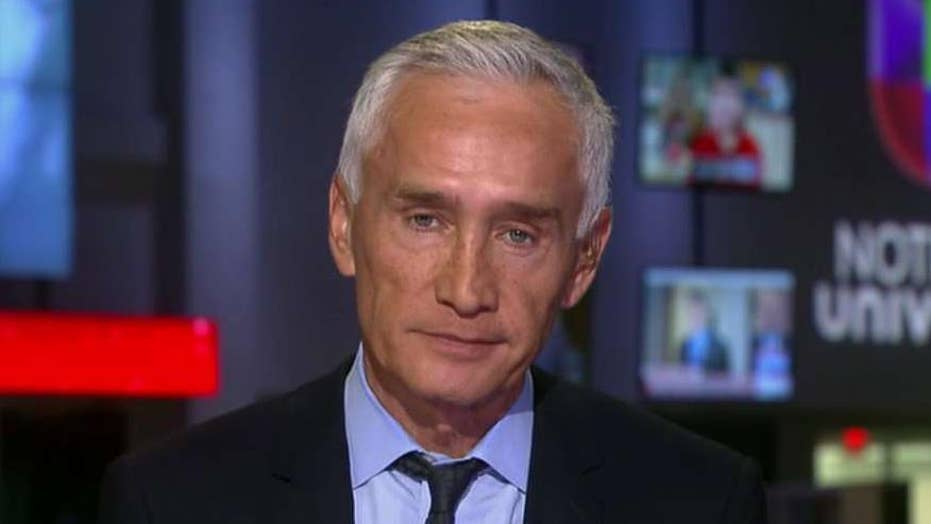 A day after he was detained by disputed President Nicolas Maduro's regime in Venezuela, Univision anchor Jorge Ramos detailed to Fox News on Tuesday what exactly happened when the socialist dictator detained him, along with members of his press team, in the country against their will.

Speaking on "Hannity," Ramos explained that during his roughly 17-minute interview at the Miraflores Palace in Caracas on Monday, he showed the embattled president of Venezuela video footage he had taken of children digging through garbage on the streets in search of food — a sight Maduro "couldn't stand."

"He stood up, he tried to cover the image so the cameras wouldn’t be able to see it," the 60-year-old said, noting that he asked Maduro: "Why don’t you answer the questions? What you are doing is what dictators do."

Maduro then suddenly shut the interview down. According to Ramos, Maduro left and "one of his ministers came back. They confiscated four cameras ... they took our tape cards where we actually store the interviews, and then they detained us for two hours."

Ramos said Maduro's regime took away he and his team's phones, but later got his back. His colleagues, however, weren't so lucky.

Univision on Monday night announced that Ramos, along with journalists María Martínez, Claudia Rondón, Francisco Urreiztieta, Juan Carlos Guzmán and Martín Guzmán, were detained by Maduro because he "didn't like the questions" they were being asked and later released.

Maduro, who began his second term as president in January, is not recognized by the U.S. or dozens of other countries as the legitimate president of Venezuela.

The U.S. and other nations have demanded Maduro step down and have recognized opposition leader Juan Guaido as Venezuela's rightful leader. Venezuelans also have staged large protests to pressure Maduro to leave. 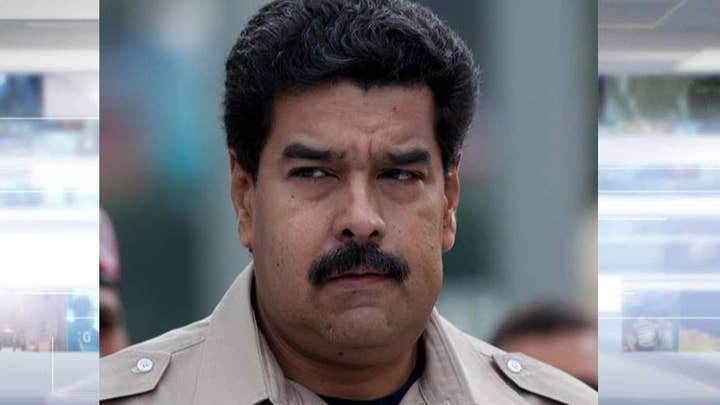 OPINION: VENEZUELA'S POWER STRUGGLE HAS CAPTURED WORLD'S ATTENTION BUT MOST CITIZENS WORRY ABOUT SOMETHING ELSE — FOOD

Ramos added that in Venezuela, there has been no freedom for political discord like the U.S. has seen.

"You can criticize the president of the United States and I can go home and nothing happens to me. But, if I criticized the dictator of Venezuela, they confiscate my cameras, they take my interviews, they detain me and then they expel me from the country," the news anchor said. "Those are two big, big differences."

Ramos thanked the State Department and the U.S. Embassy in Caracas because, he said, "thanks to them, I'm here today in Miami."