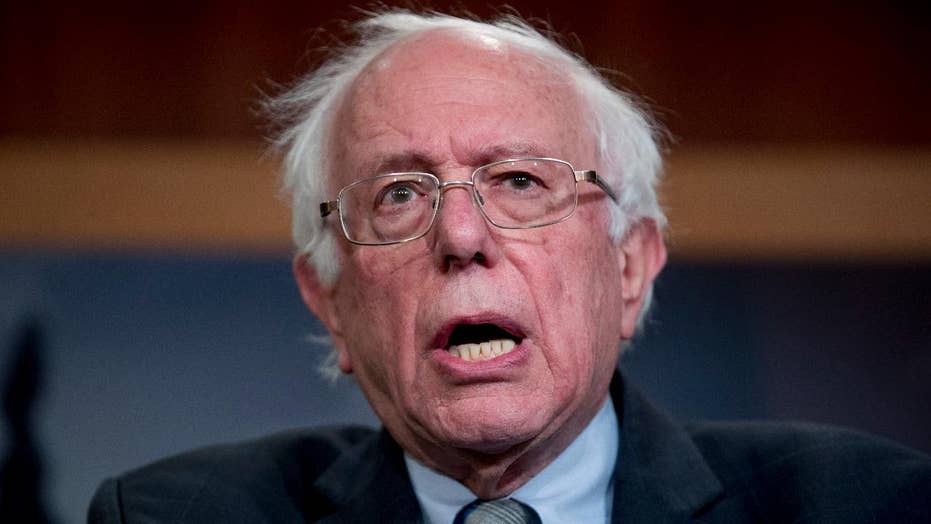 Sanders' comments in a CNN town hall came as Univision reported that anchor Jorge Ramos and his television crew were detained in Caracas following an interview with Maduro.

Univision said Ramos and his team were “arbitrarily detained” in the Miraflores Palace because the anchor asked Maduro questions “he didn’t like.” The network’s president of news, Daniel Coronell, later confirmed that Ramos and his crew were released, but that the Maduro regime still confiscated their equipment and the interview footage.

Sanders was asked about his opposition to U.S. intervention in Venezuela. He responded by saying he believed there should be an “international humanitarian effort” to improve the lives of Venezuelans and expressed that their last election was “not free and fair.” He also invoked the Vietnam War and his opposition to the Iraq War.

However, Sanders was pressed by CNN anchor Wolf Blitzer about his previous rhetoric toward Maduro. The senator quickly pivoted to focus on President Trump.

“Why have you stopped short of calling Maduro of Venezuela a dictator?” Blitzer asked.

“I think it’s fair to say that the last election was undemocratic, but there are still democratic operations taking place in that country. The point is, what I’m calling for right now is internationally supervised fair elections,” Sanders responded.

“And, I do find it interesting that Trump is very concerned about what goes on in Venezuela, but what about the last election that took place in Saudi Arabia? Oh, there wasn’t any election in Saudi Arabia. Oh, women are treated as third-class citizens. So, I find it interesting that Trump is kind of selective as to where he is concerned about democracy. My record is to be concerned about democracy all over the world, so we’ve got to do everything we can but at the end of the day, it’s gonna be the people of Venezuela who determine the future of their country, not the United States of America.”

Sanders later referred to Trump as “authoritarian” for declaring a national emergency in order to get funding for the wall. The president and White House have said border security is an urgent issue requiring immediate solutions.