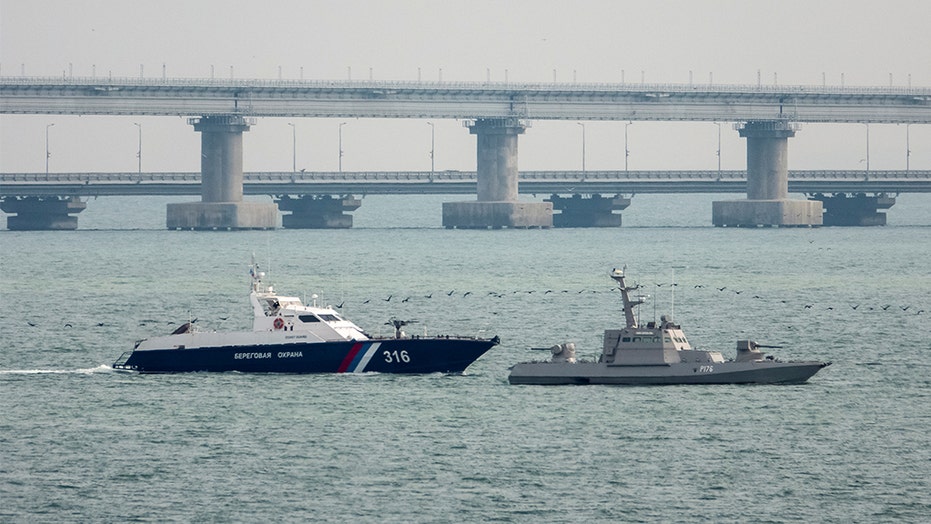 The three Ukrainian naval ships seized by Russia in November of last year were returned Monday but officials allege that the weapons, equipment and even the toilet bowls were removed before they were handed back over.

Ukraine's navy commander Ihor Voronchenko has accused Moscow of stripping the vessels seized from the Black Sea on Nov. 25, 2018.

"[Russia] removed even dome lights, sockets, and toilet bowls," he said according to a BBC report.

Russia’s Federal Security Service denied the allegations, saying that the ships – two gunboats and a tug – were returned in “normal condition and with good plumbing,” the report continued.

Seized Ukrainian naval ships are towed by Russia's Coast Guard vessels out of the port in Kerch, near the bridge connecting the Russian mainland with the Crimean Peninsula, Crimea Nov. 17, 2019. (REUTERS/Alla Dmitrieva)

The agency claimed that at the time of the handover, Ukraine agreed to the condition of the vessels by signing the documents accepting them.

Ukraine's President Volodymyr Zelensky inspected the ships Thursday and noted that some of the weapons were missing.

A Russian reporter shared a video from inside the ships that appeared to show a toilet although it was not clear when the footage was taken.

The three ships were seized after Russia claimed they had violated procedures for transiting the Kerch Strait, while the Ukrainians said they were traveling in international waters.

The Russian coast guard fired shots, then captured the ships and their crew of 24 Ukrainian sailors. The sailors were detained for 10 months and returned home in September as part of a prisoner exchange.