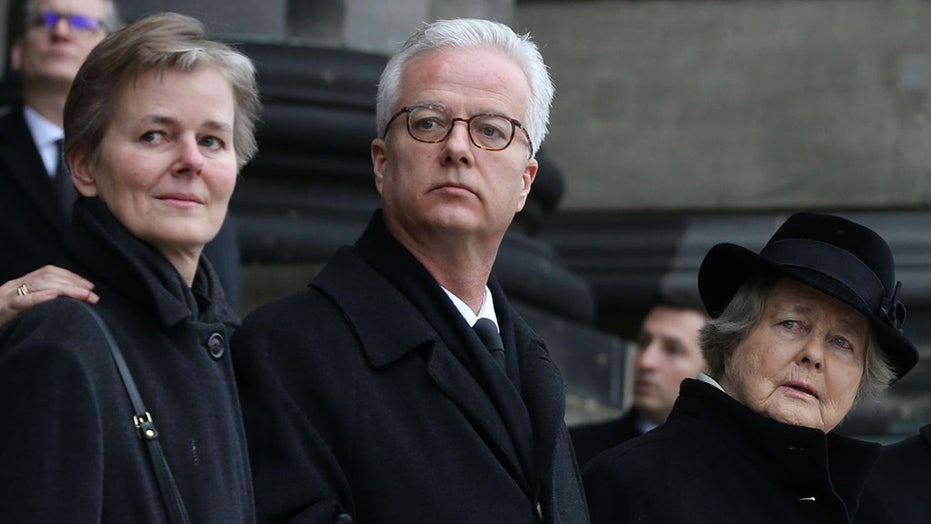 The son of former German President Richard von Weizaecker was killed during a lecture on Tuesday evening after an audience member brutally attacked him with a knife, police said.

Dr. Fritz von Weizsaecker, 59, was presenting a lecture about fatty liver disease at the Schlosspark-Klinik medical clinic where he worked in Berlin when police say a 57-year-old German man jumped up from the audience and attacked him with a knife.

An off-duty police officer sitting in the crowd jumped in to stop the melee and was seriously injured. He had to undergo surgery as a result of the injuries he sustained.

Von Weizaecker, a prominent medical doctor, died on the scene despite immediate attention from colleagues.

Authorities have not released the identity or motive of the suspect, who remains in police custody, but did add that he was not a patient at the hospital.

Fritz von Weizsaecker the son of former German Richard von Weizsaecker president has been killed while he was giving a lecture at a hospital in Berlin where he also worked as a physician. (Paul Zinken/dpa via AP)

Tuesday’s lecture was open to the media and the public.

The board of Berlin’s Charite hospital said they were “deeply shocked by the violent death of the highly regarded friend and colleague. Our thoughts are with his family and the colleagues at Schlosspark-Klinik.”

Von Weizaecker was the son of one of Germany’s most esteemed presidents, Richard von Weizsaecker, who became West Germany’s head of state in 1984 and, when the country was unified, became the first president of the new nation serving until 1994.

A man is arrested by the police at a hospital in Berlin, Germany after the son of former German Richard von Weizsaecker president was killed while he was giving a lecture. (Paul Zinken/dpa via AP)

“We don’t know much about what happened here in Berlin last night,” he said. “It’s a horrible blow to the von Weizsaecker family and the chancellor’s condolences, and certainly also those of all the members of the government, go to the widow, to the entire family.”

Von Weizsaecker studied and worked at several hospitals in Germany and abroad, including the Harvard Medical School in Boston and a hospital in Zurich, Switzerland. His fields of expertise were internal medicine and gastroenterology.