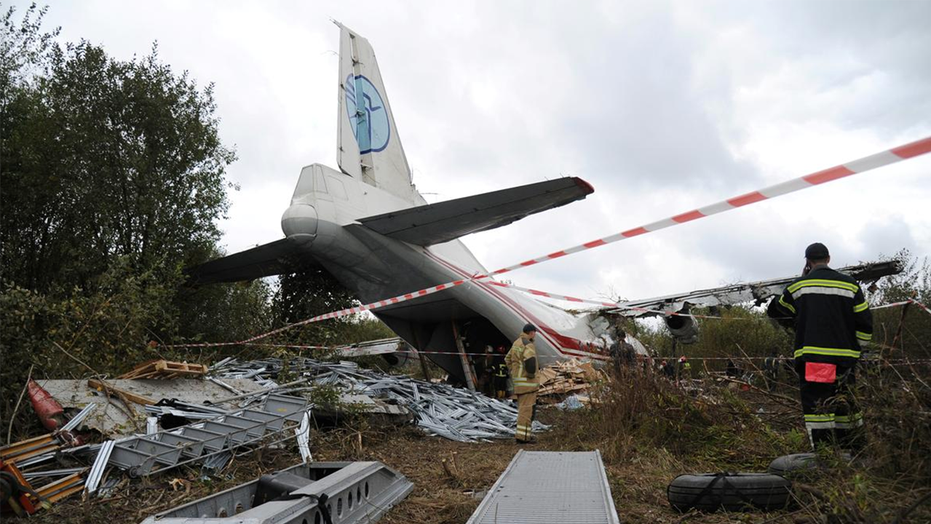 At least five people were killed and three more were injured when a chartered plane crashed in Ukraine on Friday after it ran out of fuel, authorities said.

The Ukraine Air Alliance AN-12 cargo plane, carrying seven crew members and one passenger, had taken off from Vigo, Spain shortly after midnight with plans to stop in Lviv, Ukraine, to refuel before continuing on to Istanbul.

PUTIN JOKES ABOUT PLANS TO MEDDLE IN 202 US PRESIDENTIAL ELECTIONS: ‘DON’T TELL ANYBODY’

While attempting an emergency landing in Lviv, the aircraft disappeared from radar around 7:10 a.m. before crashing less than a mile off the runway at around 7:29 a.m., local reports said.

Ukrainian Infrastructure Minister Vladyslav Krykliy said five people died and three more were injured. According to a Reuters report, at least four crew members were among the fatalities.

The nationalities of the victims have not been identified but the Ministry of Foreign Affairs said there was no initial indication that anyone on board was Spanish.

The plane was described as a Soviet-designed four-engine aircraft.