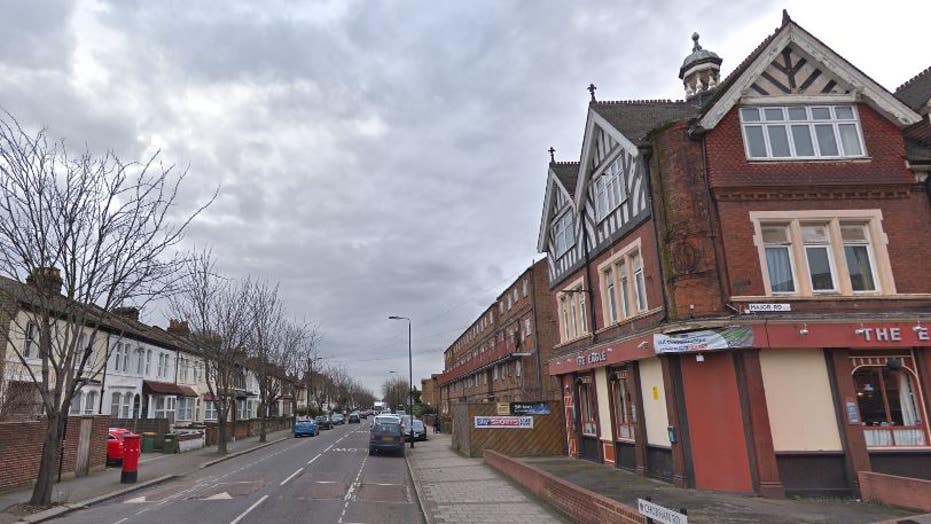 U.K. prosecutors claim that a woman arranged a “medieval duel” to the death between her husband and her lover to win her affection.

Asta Juskauskiene, 35, had just left her husband when she met 25-year-old Mantas Kvedaras -- a prisoner in Lithuania -- online, The Telegraph reported Wednesday. After his release from prison, Kvedaras traveled to London and began an affair with Juskauskiene, according to reports.

U.K. prosecutors say a woman arranged a "medieval duel" between her husband and her lover in an alleyway in Stratford.  (Google Maps)

Her husband, 42-year-old Giedruis Juskauskas, did not want a divorce and continued to provide child support, according to testimony cited by Metro UK.

Since both men claimed Juskauskiene as their own, she allegedly arranged to have the men settle the matter through a medieval duel in a Stratford alleyway in East London, prosecutors were told.

Her husband was stabbed to death on June 17, with at least 35 wounds to the neck, chest and shoulder, Metro UK reported.

Prosecutor Hugh Davies described the duel as a “murderous assault with a single-bladed knife with death as the inevitable outcome.”

He added, “In their different ways, each man felt that they had claims over Asta Juskauskiene. The situation was inevitably going to come to a head.”

After her husband’s murder, Juskauskiene “harbored” Kvedaras, deleted their texts and lied to the police, according to arguments heard by the court.

Davies described Juskauskiene as a “manipulative and controlling figure central to the orchestration of these events.”

Kvedaras has admitted to killing Juskauskas, according to UK Metro.

Juskauskiene has denied charges that she manipulated the two men and obstructed the investigation. Her trial is ongoing.