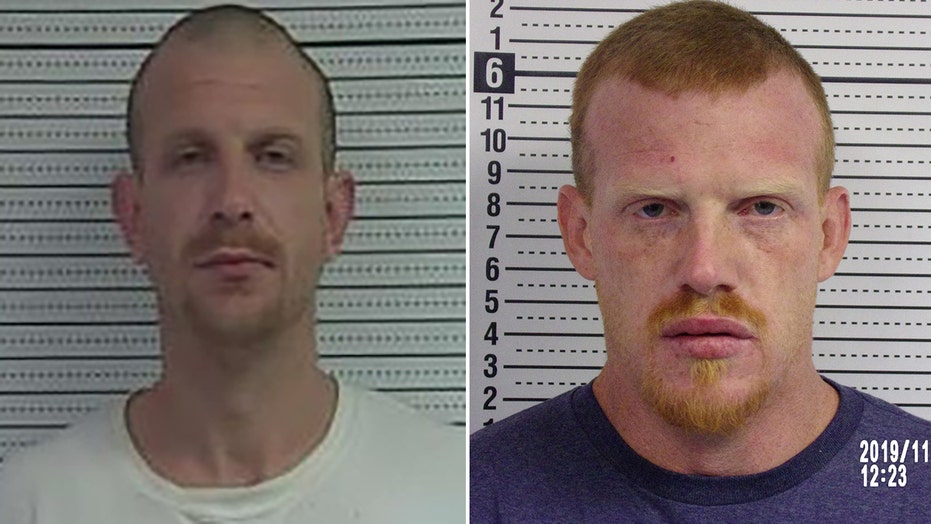 A Kansas man was arrested last week driving a stolen SUV to bail out his brother, who had been jailed hours earlier for stealing a separate SUV, authorities said.

The first sibling caught early Friday was 36-year-old Eric Dean McCracken. He was arrested for driving a Chevy Trailblazer with a suspended license, the Jackson County Sheriff’s Office said in a news release. Police said they later learned the SUV had been reported stolen.

Hours later, his younger brother, 32-year-old Keith Ray McCracken, was arrested after leading deputies on a short chase in a stolen 2015 Chevy Silverado that authorities were tracking through its GPS, the sheriff’s office said.

Keith, pictured right, was arrested while driving a stolen SUV to bail out his brother Eric, who had earlier been arrested in a stolen SUV. (Jackson County Sheriff’s Office)

“It is believed that the younger McCracken was en route to the Jackson County Jail to post bail on his older brother in a stolen vehicle,” the sheriff’s office said.

The brothers were reunited in the Jackson County Jail, where they awaited bond.