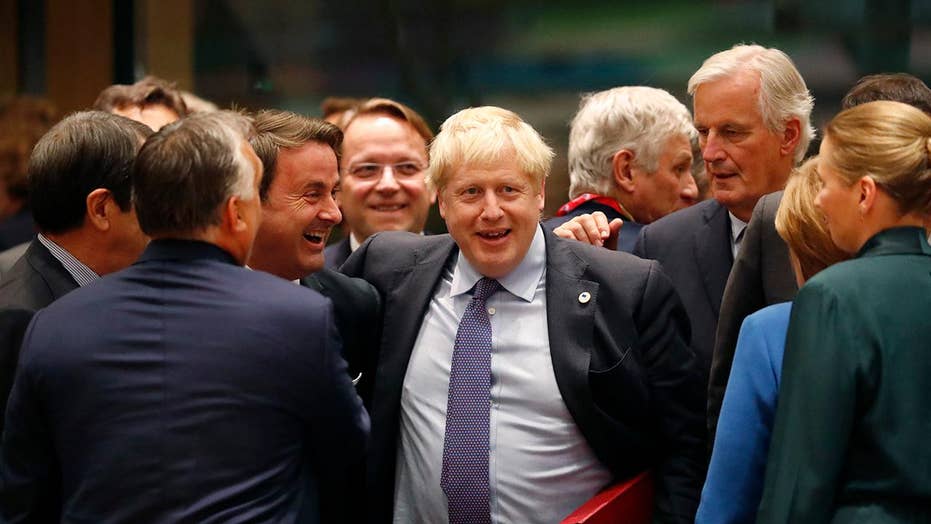 Benjamin Hall reports from London on the results.

U.K. Prime Minister Boris Johnson's Conservative Party was swept back into government Friday after an historic election night that saw opposition Labour Party strongholds across the country swing dramatically to the Tories -- making Britain's departure from the European Union a near-certainty, and immediately bringing a promise of a new trade deal from President Trump.

"Congratulations to Boris Johnson on his great WIN! Britain and the United States will now be free to strike a massive new Trade Deal after BREXIT," Trump tweeted.. "This deal has the potential to be far bigger and more lucrative than any deal that could be made with the E.U. Celebrate Boris!"

The Tories won 365 seats in the country’s 650-seat lower chamber, while Labour picked up just 203 -- which would give the Tories a majority of 80. It marked a significant victory for the Tories, and a historic drubbing for the Labour Party of a kind they haven't seen since the 1930.

The night saw traditional Labour areas such as Burnley, Redcar, Stoke-on-Trent and Wrexham -- with some seats that have been held by the party for decades -- fall like dominos to the Conservatives. Many of those seats, often in working class areas, had voted in favor of Britain's departure from the European Union in 2016, and had soured at the Labour Party's anti-Brexit stance

Johnson had called an early election to break the deadlock over Brexit, asking the British public to give him a majority so he could get his withdrawal agreement -- negotiated with the E.U. -- through the chamber, where it previously had been rejected. His message to voters tired of the drama since the 2016 referendum was simple: "Get Brexit done."

As the results came in, Johnson declared that his party had been given "a powerful new mandate." In the morning, he promised to secure Brexit, as well as his agenda on everything from the health service to the economy to immigration.

"And I repeat that in winning this election we have won votes and the trust of people who have never voted Conservative before and people have always voted for other parties. Those people want change. We cannot, must not, must not, let them down," he said.

Johnson faced off against Corbyn’s Labour Party, which had struggled to lay out a clear vision for Brexit, backing a possible second referendum while also promising to get a new deal with the E.U. -- but with Corbyn not committing to supporting that eventual deal.

Corbyn announced Friday morning that he would not lead the party in the next election, and invited the party to engage in a "period of reflection," during which he will remain on as leader before stepping down. He claimed that that Labour policies on issues such as the environment were popular, but were overshadowed by Brexit.

"All those policies were extremely popular during the election campaign and remain policies that have huge popular support all across this country," he said. "However Brexit has so polarized and divided debate in this country it has overriden so much of a normal political debate and I recognize that has contributed to the results the Labour Party has received all across this country." 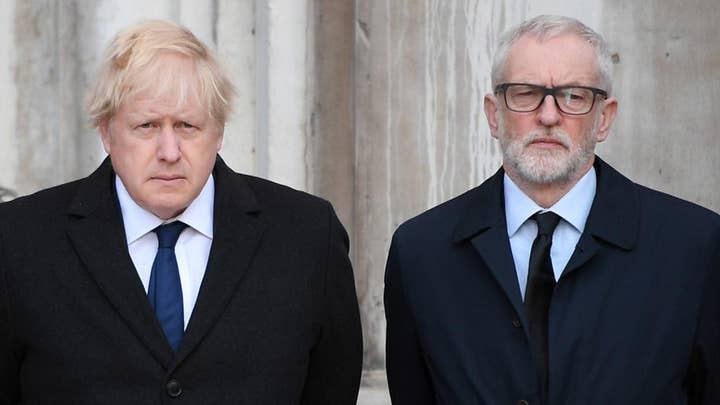 Corbyn, who had been on the fringe of the party for decades, won the leadership in 2015 and had rejected the more centrist shift the party had taken under former Prime Ministers Tony Blair and Gordon Brown. Corbyn's eventual resignation will likely lead to a push from some in the party to bring it back to the centre-left, however it is likely to face fierce resistance from the party's pro-Corbyn base who had repeatedly kept him in power.

Corbyn had raised concerns, from both inside and outside his party, about a rise in anti-Semitism within Labour since he took power. While Corbyn apologized for anti-Semitism and promised to deal with it, it was something that dogged him throughout the election.

But, while commentators had long predicted electoral doom for a Corbyn-run Labour Party since 2015, the party ran a close race when he faced off against then-Prime Minister Theresa May in 2017 -- slashing her majority and forcing May to form a coalition with the Democratic Unionist Party. May resigned earlier this year after being unable to get her own Brexit deal through.

That 2017 result led to hopes by Labour that Corbyn could tap into a populist left-wing groundswell in the country, but those hopes did not come to fruition on Thursday night.

The election will result in a Conservative Party dominance in the U.K. not seen since the days of former Prime Minister Margaret Thatcher -- who won 397 seats in the 1983 general election against radical Labour leader Michael Foot.

In other parts of the country, the Scottish National Party (SNP) made significant gains in Scotland. Among its wins was a major scalp of the night in the ouster of Liberal Democrat leader Jo Swinson. SNP victories raise the prospect of a renewed push for second Scottish independence referendum, after Scots voted to remain in the union in 2014.