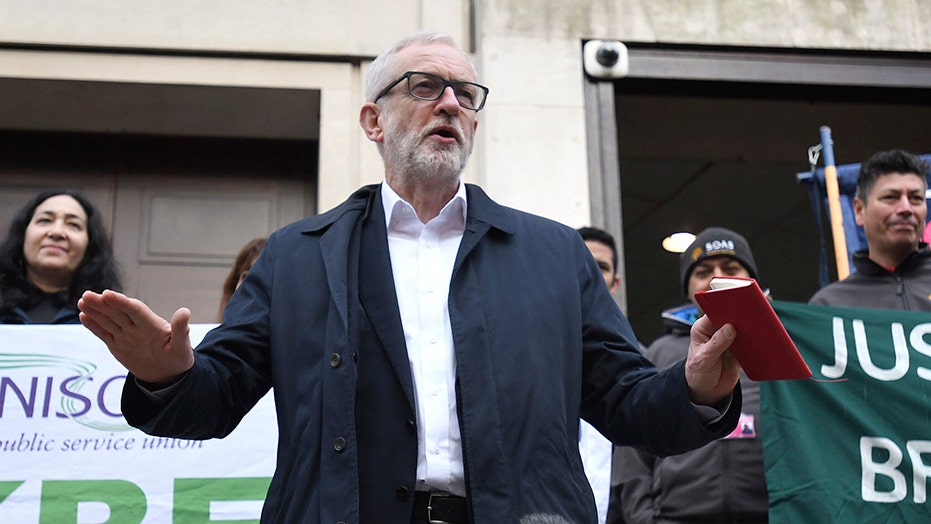 British Labour leader Jeremy Corbyn is apologizing Tuesday for allegations of anti-Semitism directed at him and his party after refusing to do so multiple times in an interview last week.

The show of remorse comes after the United Kingdom's chief Rabbi Ephraim Mirvis recently said Jewish voters should not back the party during the Dec. 12 general election, calling the Labour boss "unfit for office." Corbyn has long been a champion of the Palestinians and has criticized the Israeli government in the past.

“Obviously I’m very sorry for everything that’s happened but I want to make this clear: I am dealing with it. I have dealt with it,” Corbyn said Tuesday in an interview on ITV’s This Morning, according to The Guardian.

“Other parties are also affected by anti-Semitism,” he added. “Candidates have been withdrawn by the Liberal Democrats and the Conservatives and by us because we do not accept it in any form whatsoever.”

Labour leader Jeremy Corbyn speaks outside Birkbeck/SOAS University of London as he announces his party's plan Tuesday for the extension of workers' rights. (AP)

The comments come after Corbyn repeatedly was asked to apologize during an interview with the BBC last Tuesday — yet declined to do so.

Rabbi Mirvis has taken issue with Corbyn's handling of anti-Semitism in the Labour Party's ranks, writing in a column in The Times of London last week that the party wasn't doing enough to root out anti-Jewish prejudice.

"The way in which the leadership has dealt with anti-Jewish racism is incompatible with the British values of which we are so proud," Mirvis said.

“A new poison, sanctioned from the top, has taken root in the Labour Party,” he added.

In an effort to start a dialogue, Corbyn said he would invite Rabbi Mirvis and other religious leaders to discuss their concerns.

All 650 seats in the House of Commons will be decided in the Dec. 12 election. Prime Minister Boris Johnson called the election in hopes of winning a majority to complete Brexit, the planned withdrawal of Britain from the European Union, by Jan. 31.