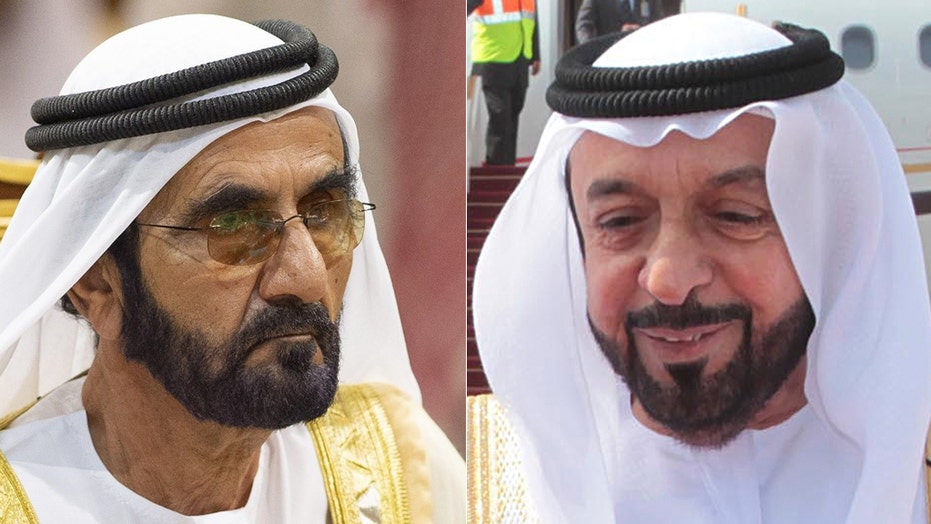 It is time for the Gulf Cooperation Council to unite to protect American interests in the Middle East.

That is the assessment of analysts who say that the three-year-old blockade against Qatar by its fellow Gulf members should be dropped, as a way for the region to consolidate against the continued threat from Iran.

"If President Trump and Secretary of State Mike Pompeo can end the GCC rift, that will be a diplomatic victory – and one of the few within reach before the November election," said Dr. Rebecca Grant, a veteran national security analyst and president of IRIS Independent Research in Washington, D.C.

In 2017, Qatar's neighboring Gulf nations, Saudi Arabia and The United Arab Emirates (UAE), cut ties and issued a list of 13 demands of Qatar. These included shutting down the TV station Al Jazeera, closing a Turkish military base and scaling down ties with Iran, demands that then-U.S. Secretary of State Rex Tillerson considered “very difficult to meet."

The move was intended to choke off Qatar, but instead only pushed the small and strategically important Gulf nation to rely on other neighbors such as Iran, Turkey and India to supply food and other necessities.

An agreement to end the blockade was expected in months, but instead, the dispute has dragged on for years.

Then last December, Sen. Lindsey Graham, R-S.C., attended a conference in Doha and addressed the Iranian threat. He urged the Gulf states to mend their rift with Qatar and present a unified front against Tehran.

"Maybe we should get the region talking to each other, maybe the first thing to do is see if people in the region can begin to talk to Iran and see where that takes us," Graham said. "I hope the region will play a part in it, I hope we will ask everybody to be at the table."

Following the Doha conference, at the beginning of this year, the Trump administration increased pressure on the different countries in the region to finally try to resolve the dispute. Two months ago, with Washington playing the role of mediator, the discussions took a positive turn when Saudi Arabia indicated a willingness to accept elements of the U.S.-led solution. President Trump then tasked senior administration officials with crafting a deal that was acceptable to all sides.

"If President Trump and Secretary of State Mike Pompeo (pictured) can end the GCC rift that will be a diplomatic victory – and one of the few within reach before the November election," says Dr. Rebecca Grant, a veteran national security analyst and president of IRIS Independent Research in Washington, D.C. (AP)

Sources say that after a series of high-level discussions among the top leaders from Saudi Arabia, Qatar, the UAE and the U.S., an agreement to end the blockade was apparently at hand in the past week.

But Fox News has learned that the UAE, at the last moment, shifted course and asked Saudi Arabia to withhold support for the U.S.-backed proposal. The delay caused by the UAE has temporarily denied the Trump administration a crucial, hard-fought foreign policy win in the Middle East that would strengthen the U.S. hand against Iran.

"Resolving this dispute will open the way to better regional cooperation and would be an instrumental diplomatic breakthrough," said Jonathan Wachtel, global affairs analyst and former communications director to the United States Mission to the United Nations.

For starters, the resolution would restore Qatar Airways' rights to traverse Saudi Arabian and Emirati airspace, an important goal of President Trump's maximum pressure campaign on Iran, which has already severely squeezed the Iranian economy and sparked widespread protests against the theocratic regime inside the country. Restoring the southern flyover rights would eliminate a source of income for the Iranian regime to the tune of $133 million a year that Tehran reportedly charges Qatar Airways to fly through its airspace to the north, since the blockade was imposed.

The accidental downing of Ukrainian Airlines flight 752 by an Iranian missile as it took off from Tehran last January has made Iranian overflights more dangerous, observers say. Easing the blockade’s restrictions on Qatar Airways flights so that its aircraft would no longer fly over Iran would make travel much safer for U.S. troops stationed at the Al Udeid Airbase in Qatar and diplomats in Doha.

"An easy way to paper over the feud is to lift airspace restrictions. Right now, all Qatar Airways flights in and out of Doha pay a fee to fly over Iran since the feud closed other airspace," said Grant.

In this Wednesday, Jan. 8, 2020 file photo, debris at the scene where a Ukrainian plane crashed in Shahedshahr southwest of the capital Tehran, Iran. Iran announced Saturday, Jan. 11, that its military “unintentionally” shot down the Ukrainian jetliner that crashed earlier this week, killing all 176 aboard, after the government had repeatedly denied Western accusations that it was responsible. (AP)

Experts also agree that a united GCC would play a strong role in confronting Tehran, a major Trump administration goal in the region.

"The GCC was created in 1981, amidst the Iran-Iraq war, so that the weak gulf states could speak in one voice and project greater strength. This would certainly be useful in the face of a threat from Iran," noted Jonathan Schanzer, Senior Vice President of the  Foundation for the Defense of Democracies.

But experts say that the blockade has also sowed divisions among the Gulf states that have worked to Iran's advantage.

“It creates fissures in our regional alliance that Iran can exploit,” said Michael Singh, the Lane-Swig Senior Fellow and Managing Director at The Washington Institute For Near East Policy, about the standoff.

IMPRISONED SAUDI PRINCESS LOST ALL CONTACT WITH FAMILY WHO HAVE 'NO IDEA' WHETHER SHE'S DEAD OR ALIVE: REPORT

"As the Iran threat grows, it resumes its nuclear activity and as it mounts airstrikes in the region, that will increase the incentive by the GCC to set aside, at least temporarily, its disputes."

Despite Qatar's standoff with its neighbors, it continues to participate with Saudi Arabia, Bahrain, Kuwait, Oman and the UAE, in the Riyadh- based Terrorist Financing Targeting Center, a joint U.S. and Saudi effort to disrupt terrorist financing. Qatar is also part of the Global Coalition to Defeat ISIS and Operation Sentinel, the U.S.-led maritime patrols intended to keep the Persian Gulf open from Iranian interference. Those are critical missions with broad support from individual GCC countries.

The Gulf nations originally cut ties over what they maintain was Qatar's support for Iran, the Muslim Brotherhood, Hamas, Hezbollah, Al Qaeda and other radical Islamic groups, charges that Doha has long denied.

"The GCC rift clearly makes achieving vital regional objectives more difficult, so it would be helpful to see Qatar play a constructive role by ending its support of Islamist groups that wreak havoc throughout the Middle East and to work with the Gulf nations in containing Iran’s aggressive quest for regional hegemony," said Wachtel.

Experts say Qatar has beefed up its cooperation with the U.S. and its allies and a resolution of the blockade would strengthen ties and increase the security of the region from potential Iranian attacks.

"If Iran develops more missiles, all the GCC states must have tightly integrated missile warning and missile defense, a fact they realize especially after the 2019 Saudi oil field attack and the 2020 missile attack on Americans at Al-Asad in Iraq”, noted Grant.

That could be a driving force to push an agreement.

"Personal animosities run very deep in the Middle East and sometimes are octagonal (at odds) to strategic interests and pull in opposite directions," said Michael O'Hanlon, who is Director of Foreign Policy Research and senior fellow at the Brookings Institution, and who says that the ideological issues morphed into personal disputes.

But, he noted, despite that, "the Qataris and others have to face Iran." He said that makes a somewhat stronger case for reunification, but there are still obstacles.

The UAE did not respond to Fox News' requests for comment on the stalemate. In May, the UAE Minister of State for Foreign Affairs Anwar Gargash put the onus directly on Doha for the impasse when he spoke at the Middle East Institute in Washington.

"When the Qataris are ready and are willing to do some sort of self-analysis on where they went wrong in their policy, I think doors will be open for reintegration," he said.

The Qatari embassy in Washington issued a statement blaming its neighbors.

"It is the blockading countries that are stalling the process by rejecting the multiple calls by the U.S. to unify the GCC front."

For now, the blockade and boycott against Qatar remain in place -- but that may not for too much longer.

"The coronavirus economic impacts on top of the Russia-Saudi oil price war have hurt all GCC economies and make this a perfect moment for scrapping the boycott, which was ineffective anyway," said Grant.

“We all share a common concern about Iran,” Singh pointed out. “We can rally those states around specific objectives, like countering Iran. The president can bring those regional allies of ours together, but the solution to their deeper problems is not in American hands.”