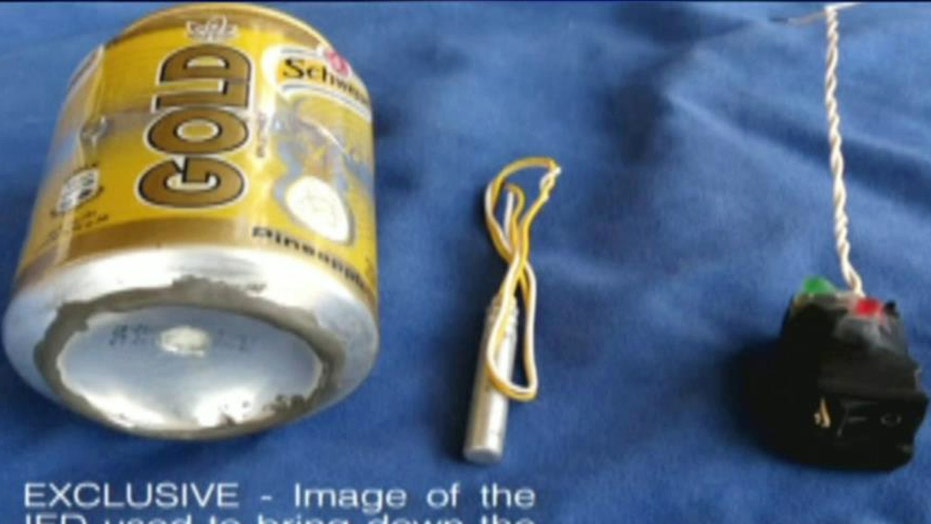 Did a soda can bomb bring down a Russian jetliner?

ISIS boasts in its online magazine as it displays purported IED used to take down Russian jet. Catherine Herridge reports for 'On the Record'

A tweet urging “support our sister” may be the earliest indication that at least one woman was involved from the outset in a wave of terrorist attacks that struck Paris last Friday, killing 129 people.

According to intelligence sources, a Twitter account believed to be associated with the plot posted a message around 8:30 PM on November 13, written in Arabic and calling for "support of our sister."

In addition, a cell phone French authorities found in the aftermath of the massacre at the Bataclan concert hall led directly to a counter strike Wednesday morning in Saint Denis, France. After an intense shootout with French authorities involving 5000 rounds of ammunition, seven men and one woman were arrested.

At least two others were killed, including a woman who blew herself up with a suicide vest as the authorities moved in on the building. The woman wearing the vest was identified as Hasna Aitboulahcen, a 26-year-old cousin of suspected ring leader Abdelhamid Abaaoud.

Aiboulahchen, a French citizen who grew up in Paris, was the former manager of Beko Construction in the town of Epernay-sur-Seine, just north of the shootout locale.

The use of females as suicide bombers is not new but has been adapted by ISIS with new lethal efficiency.

In a statement to Fox News, Dr. Mia Bloom of Georgia State University, a renowned expert on suicide attacks, said "Using a woman suicide bomber may be a one-off or a test to see how it plays for them. ISIS may be dipping their toes into the water."

Bloom, who wrote “Dying to Kill: The Allure of Suicide Terror,” and the upcoming “Small Arms: Children and Terror” said that for ISIS, "Women are a currency for recruiting male fighters."

Bloom said for the women who want to join jihad, it is stressed they raise a family, learn nursing and serve the male mujahedeen. ISIS social media promotes this role.

However, Bloom said a newly translated document from October may indicate a change in policy. Based on the translation, Bloom said it states "It is ok for women to detonate a bomb in their home without permission of their male chaperone as a defense for their lesser jihad.”