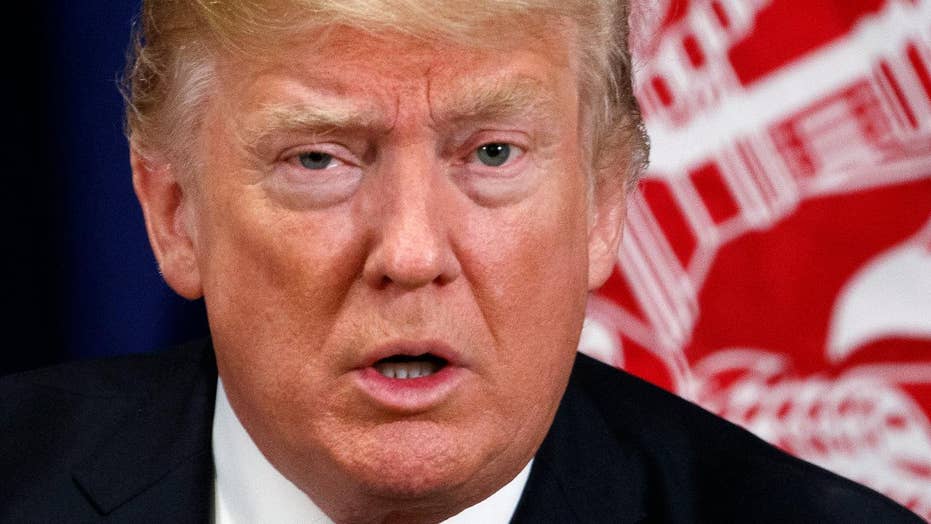 President Trump turns up the heat on North Korea

Amid new North Korean threats to test a hydrogen bomb in the Pacific Ocean, President Trump tweeted Friday that the rogue regime's leader would be "tested like never before."

Trump, during a speech at the United Nations General Assembly earlier this week, warned the U.S. would "totally destroy" North Korea if Pyongyang continued its provocative actions, leading North Korean leader Kim Jong Un to up the ante by calling Trump "deranged." North Korea escalated the situation further when the nation's foreign minister revealed Pyongyang could conduct the H-bomb test, and, between tweets about healthcare and "The Russia hoax," Trump fired back.

"Kim Jong Un of North Korea, who is obviously a madman who doesn't mind starving or killing his people, will be tested like never before!" Trump wrote.

Trump has previously derided Kim Jong Un as "rocket man," both on Twitter and during his U.N. speech. But on Friday, Trump didn't use the playful moniker.

1952 FILE PHOTO - The mushroom cloud of the first test of a hydrogen bomb, "Ivy Mike", as photographed on Enewetak, an atoll in the Pacific (REUTERS)

"This could probably mean the strongest hydrogen bomb test over the Pacific Ocean. Regarding which measures to take, I don't really know since it is what Kim Jong Un does," Ri said.

Such a test would be considered a major provocation by the U.S., South Korea and Japan. Ri was scheduled to address the U.N. General Assembly on Saturday, a day later than previously scheduled.

Kim's first-person statement was published by North Korea's state propaganda arm in response to Trump's fiery speech at the U.N. General Assembly on Tuesday. South Korean media called it the first such direct address to the world by Kim.

Kim said Trump was "unfit to hold the prerogative of supreme command of a country." He also described the U.S. president as "a rogue and a gangster fond of playing with fire."

Some analysts saw Kim's statement as a clear announcement that North Korea would ramp up its already brisk pace of weapons testing, which has included missiles meant to target U.S. forces throughout Asia and the U.S. mainland.

On Tuesday, Trump mocked Kim as a "rocket man" on a "suicide mission," and said that if "forced to defend itself or its allies, we will have no choice but to totally destroy North Korea."

He said Trump's remarks "have convinced me, rather than frightening or stopping me, that the path I chose is correct and that it is the one I have to follow to the last."

Kim said he was "thinking hard" about his response and that Trump "will face results beyond his expectation."