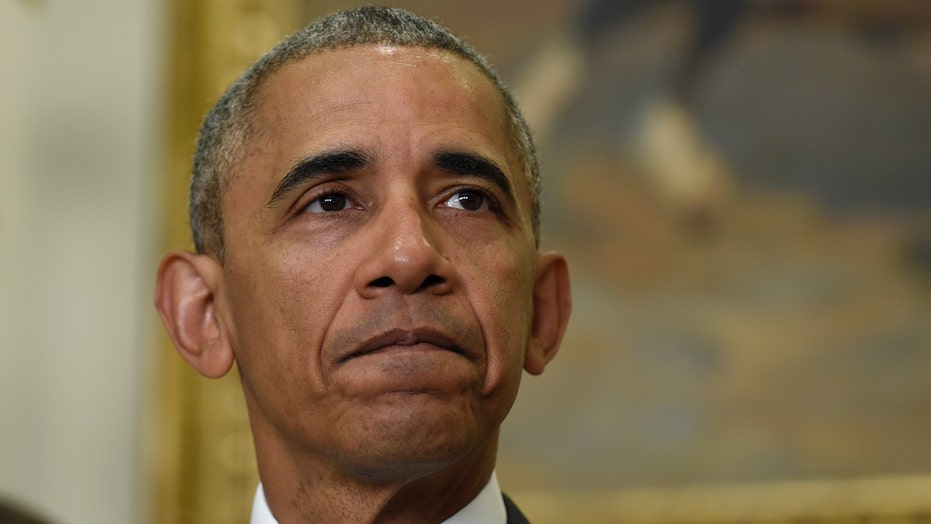 Is Obama's Afghanistan announcement an admission of failure?

President announces slowing of withdrawal of us troops from Afghanistan

KABUL – Gen. Joseph Votel, head of U.S. Central Command, arrived in Kabul Friday to meet with his commanders to discuss a “resurgent” Taliban two days after President Obama announced he would keep thousands of additional troops in Afghanistan when he leaves office in January, reversing a previous decision.

“We see close ties between the Taliban, Al Qaeda, Haqqani (and) a variety of organizations in Afghanistan,” Gen. Votel told reporters from four media outlets traveling with him, including Fox News.

“They have been resurgent. They have developed stronger alliances…and that’s a concern for us,” said Votel.

The administration had planned to cut nearly half the 10,000 troops in Afghanistan by the end of the year.  The new plans call for 8,448 to remain following the president’s announcement Wednesday.

Despite the planned troop reductions and Taliban gains, Gen. Votel says the military will be able to continue its counterterrorism and training of Afghan forces unabated.

This is Gen. Votel’s fifth trip to the region since assuming command on March 31. As head of Central Command, Votel is responsible for military operations stretching from Egypt to Pakistan, including the war against ISIS in Iraq and Syria.

Votel previously headed U.S. Special Operations Command, and has a long history of service in Afghanistan.

As commander of the elite 75th Ranger Regiment, he led a parachute jump into Afghanistan on October 19, 2001 to establish the first American base on the ground.

As deputy commander of the 82nd Airborne Division, he helped lead operations in eastern Afghanistan for 15 months beginning in 2007.  He led Joint Special Operations Command based at Ft. Bragg beginning in June 2011, one month after the Bin Laden raid.

It was the second time since October that President Obama slowed a planned troop reduction in Afghanistan.  After declaring major combat operations over at the end of 2014, the president’s original plan called for an embassy only presence of 1,000 troops in Kabul by the time he left office.

Now a force more than eight times that number will remain largely on three bases in different parts of the country.

When asked how long American forces would stay in Afghanistan, Votel would not offer a timeline.

“We’ve made a commitment here.  My personal opinion is I think we do have to see this through, whether that is for decades or however long that takes,” he said.

Votel is concerned the Taliban have become stronger in the past few years resulting in a greater number of Afghan civilians and soldiers being killed.

Votel says the Taliban have taken advantage of “perceived weaknesses” of the Afghan forces, who, despite more than $68 billion earmarked by Congress since 2002, continue to suffer significant number of battlefield casualties in the past year since taking a leading role in the right against the Taliban.

Gen. Votel said President Obama’s announcement ahead of a major NATO summit in Warsaw Friday and Saturday will give American allies a clearer picture going forward.

“It was very important to make the announcement now, I think it sends the right message to our partners, certainly sends a very positive message to Afghanistan,” he said.

At the height of President Obama’s troop buildup in Afghanistan, nearly 100,000 US troops were scattered on bases throughout the country, up from nearly 40,000 when he took office in 2009.

Last month, the president authorized the U.S. military to strike the Taliban under new authorities.  Previously, the U.S. military was only allowed to attack in self-defense, in support of Afghan forces in danger of being overrun and against ISIS-affiliated groups and Al Qaeda.

“Whenever (the Taliban) have been able to pull a variety of organizations together, they have become stronger…(and) that’s what we’ve seen,” Votel added.