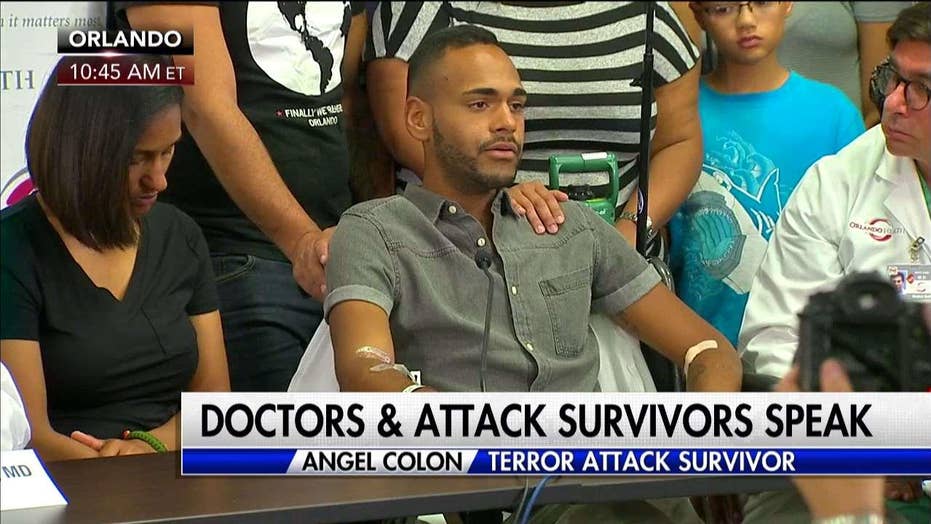 Survivor recalls the night of the shooting

After Mateen shot a girl next to him, the gunman reached the injured Colon and fired off two shots. One hit Colon on his hand and the other his hip. Colon pretended to be dead before the gunman moved on with his massacre.

“I don’t feel pain. I just feel blood all over me,” an emotional Colon recounted Tuesday morning at Orlando Regional Hospital, where he is recovering from the gunshots he received during the most deadly mass shooting in United States history.

Despite being shot five times – once in the hand, once in the hip and three times in his left leg – Colon is one of the lucky ones. He was eventually dragged to safety from the nightclub and is expected to make a full recovery.

The shooting claimed the lives of 49 people inside the club early Sunday morning and wounded 53 others.

“He’s shooting everyone already dead on the floor,” Colon said. “I look over and there are bodies everywhere.”

Colon also thanked the doctors at the Orlando Regional Medical Center and said "I will love you guys forever."

“If it wasn’t for you guys I wouldn’t be here,” he added.

Dr. Michael Cheatham of Orlando Regional Medical Center said at the news conference that there are six people still "critically ill" at the hospital and another five patients are in "guarded" condition.

Cheatham says 16 patients at the hospital are in stable condition.

During the press conference, doctors also described "truckloads" and "ambulance-loads" of patients.

Dr. Kathryn Bondani said the first patient that arrived was relatively stable, and the staff hoped that others would be in a similar condition. But the doctors soon got about five patients in much worse shape.

Dr. Chadwick Smith choked up a bit talking about the night. He described calling in additional staff and telling them, "This is not a drill, this is not a joke."

He says everyone answered "I'll be right there," and dozens of doctors and nurses showed up to help.