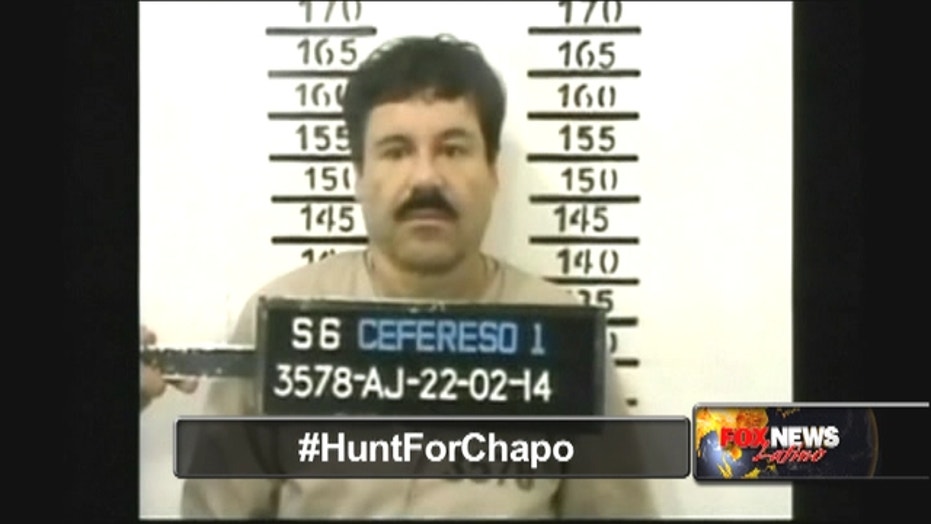 What if the world’s most powerful drug lord, now fugitive, was never captured in the first place?

What if the hunt for El Chapo is really a search for his body double?

The movie-plot conspiracy theory sounds too insane to be true but, some would say, so does the execution of the most spectacular escape in recent memory, from Mexico’s most secure prison through a mile-long tunnel dug by his henchmen.

Filmmaker Charlie Minn explored this theory in a documentary entitled “¿Es El Chapo?” or “Is It Chapo?” shot in the days and months following Joaquín “El Chapo” Guzmán’s arrest on February 22, 2014.

Minn says he was motivated by an overwhelming number of Mexicans who did not believe the man captured was actually the Sinaloa Cartel boss himself. A poll cited by the Los Angeles Times a year back found as many as 40.7 percent of Mexicans did not believe the mustachioed man paraded in front of the world’s cameras was Guzmán, underscoring the mistrust Mexican citizens have of their government.

Minn says he is convinced El Chapo was never captured during a raid on a seaside hotel-condominium tower in a Mexican beach resort last year.

“None of his bodyguards was around except for one, he usually has about 800 armed guards around him. Secondly, why is a billionaire like Chapo hanging out in an 89 dollar a night condominium?” Minn told FNL in an interview.

“The violence did not really change in Mexico after he was supposedly arrested; usually the violence will increase when a drug lord is taken down. And not a single shot was fired during his capture — normally when a drug lord goes down there’s a hail of gunfire.”

But why would the Sinaloa Cartel spend millions and go through all the risk and effort to free a body double?

“The only thing I can come up with is that maybe this body double, again if it’s not him in prison, probably said, ‘you promised I would be out in a year. It’s been a year and a half now if you don’t get me out now I’m just going to tell the world that this is not the real Chapo Guzmán in prison,” Minn explained.

Even when the Mexican government’s lead forensic experts displayed photographs, handwriting samples, fingerprints and DNA tests to calm the skepticism, Minn contends that the acronym DNA in Mexico stands for "does not apply."

The theory is predicated on the belief that the Mexican government and the U.S. government have long known where El Chapo is since he first escaped from a prison in 2001, but do not capture him because they are in cahoots with him.

“The U.S. government has been collaborating with the Sinaloa cartel to get information on other cartels,” Minn, who has worked on more than half a dozen documentaries about Mexico’s drug trafficking, said.

Apparently Minn is not alone.

In an interview with Greta Van Susteren, filmmaker Angus Macqueen agreed with the notion that officials knew exactly where El Chapo was for years and chose not to capture him.

Before El Chapo's 2014 capture, Macqueen took several months to produce a documentary on the man – to be aired by PBS later this year – and set out to interview him.

He told Greta finding him was not hard. In his experience making the film, Macqueen said, there was nothing to persuade him that El Chapo's location was a secret.

“We found him because we guessed where he was, which was a couple of miles from where he was born and from where his mother lives,” Macqueen said. “We spent over a year talking to people and persuading them to let us come up to where he was.”

If nothing else, the conspiracy theory is an example of the lack of absolute trust the Mexican people have in their government and elected officials — a distrust not likely to improve while the hunt for El Chapo continues for a third time.