President unveils new strategy, says his 'original instinct was to pull out'; reaction and analysis on 'The Five'

A spokesman for the Taliban criticized President Trump’s nationally televised address Monday night on his initiative to achieve lasting peace in Afghanistan and the region.

Zabiullah Mujahid, the spokesman, said in an interview that Trump’s “whole speech was old.” He said the Taliban needs more time to issue a more precise response, but he said Trump’s policy outline is “unclear.”

Trump will become the third U.S. president to attempt to make strides in the country. Trump said he will leave major military decisions--like troop size-- to Defense Secretary Jim Mattis.

Ahead of his primetime address, Fox News learned that the president had signed off on sending an additional 4,000 troops to Afghanistan, adding to the current estimated 8,400 U.S. troops already stationed in the region.

“From now on, victory will have a clear definition: attacking our enemies, obliterating ISIS, crushing Al Qaeda, preventing the Taliban from taking over Afghanistan, and stopping mass terror attacks against America,” Trump said.

Speaking to servicemembers at Fort Myer, Va., Trump tried to draw a sharp distinction between his approach and that of his predecessors. Pointedly, the president vowed not to openly discuss troop numbers, withdrawal dates, or attack plans.

“Conditions on the ground, not arbitrary timetables, will guide our strategy from now on,” he said, vowing, “America’s enemies will never know our plans."

Last week the Taliban issued a 1,600-word open letter to Trump warning against a troop surge, saying it would prolong what is already the United States' longest war. Trump steered clear of discussing troop numbers, but said U.S. forces are in Afghanistan to win.

The Taliban have also said they aren't ready for any peace talks, at least not until the U.S. and NATO give a time frame for withdrawal -- something Trump says isn't going to happen. 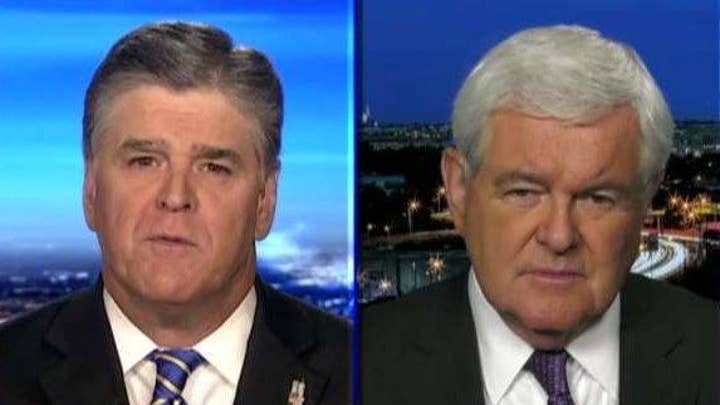 Afghanistan's government applauded Trump's speech. Afghan Ambassador to the U.S. Hamdullah Mohib called it a "10 out of 10." He told the AP by telephone from Kabul that Afghans heard "exactly what we needed to."

Mohib says critiques of the speech for failing to disclose troop numbers are misguided. He says the focus on numbers detracts from the "real focus" on conditions and support needed for Afghanistan to succeed and achieve peace.

Sen. John McCain is commended Trump's strategy and said the president needs to start conducting himself as a "wartime commander in chief."

McCain, the chairman of the Armed Services Committee, urged Trump to speak regularly "to the American people, and to those waging this war on their behalf, about why we are fighting, why the additional sacrifices are worth it, and how we will succeed."

House Minority Leader Nancy Pelosi, D-Calif., said, "Tonight, the President said he knew what he was getting into and had a plan to go forward. Clearly, he did not. The President’s announcement is low on details but raises serious questions."