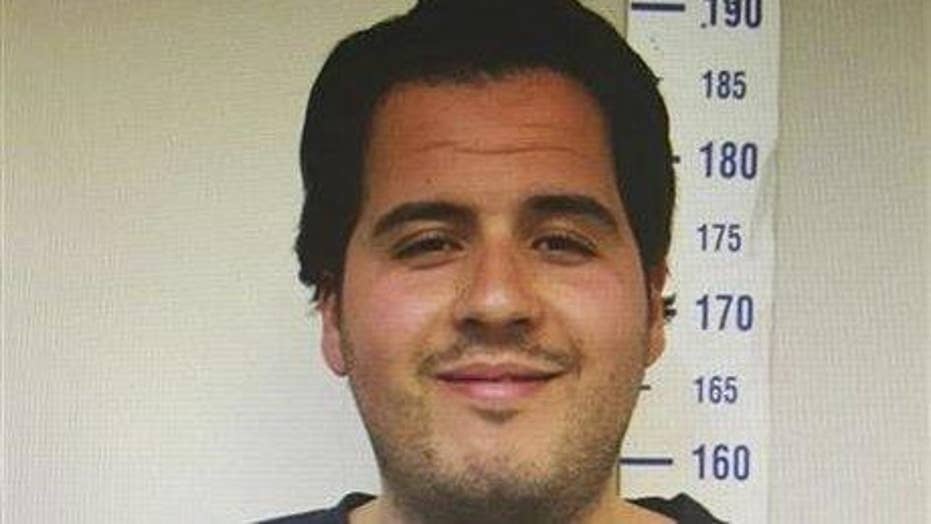 Dr. Zuhdi Jasser on why the migrant issue is so important

The European Union’s border agency admitted Tuesday it cannot fully track the flood of refugees pouring in, and said a "staggering number" of Europeans have joined terror groups only to return to the continent amid the migrant wave.

Europe reported a record 1.82 million illegal border crossings last year, according to Frontex, but the group conceded that the true number of illegal crossings is probably much higher because so many refugees have entered Europe undetected.

“The Paris attacks in November 2015 clearly demonstrated that irregular migratory flows could be used by terrorists to enter the EU,” the report said. “With no thorough check or penalties in place for those making such false declarations, there is a risk that some persons representing a security threat to the EU may be taking advantage of this situation.”

“There is no EU system capable of tracing people’s movements following an illegal border-crossing. Therefore it is not possible to establish the precise number of persons who have illegally crossed two sections of the external borders of the EU,” the report stated.

Common Migratory Routes into the EU for Syrian Refugees | Graphiq

The EU Commission announced Wednesday it wants to change the standard that forces the first nation where a migrant arrives to process his or her asylum request. "The current system is not sustainable," EU Vice-President Frans Timmermans said.

"A Europe without internal borders can exist only when a European outer border" functions to control those entering the EU, Mikl-Leitner said. Citing figures of 5,000 radicals in Europe, she said the EU needed "systematic border controls ... where EU citizens first and foremost are the ones controlled."

The Commission on Wednesday proposed activating a "distribution key" to spread asylum applicants around the EU. That means each EU nation would have to take a set number of asylum-seekers, according to a quota devised by the bloc.

Still, a mandatory distribution of some asylum-seekers already in Europe has already caused serious frictions among many EU nations and the Commission's proposal to amend one rule was unlikely to change that immediately.

French President Francois Hollande, a staunch defender of the EU, was forced to admit Wednesday that the European Union's biggest problem is its slow decision-making process -- whether in the financial crisis, the fight against terrorism or a common response to the refugee crisis. In an interview in the German daily Bild, Hollande said "in the end (Europe) always succeeds in finding a solution ... but we have to pay a high price for the lost time."

More than 53,000 refugees and migrants have been stranded in Greece since Austria and the Balkan nations north of Greece -- Serbia, Croatia, Macedonia -- closed their land borders last month. Before that, hundreds of thousands fleeing war and poverty at home crossed the Aegean Sea from Turkey to Greece, then went over land to wealthy European nations like Germany and Sweden.

To stem that flow and break the Turkish smuggling rings ferrying migrants to Greece, the EU reached a deal with Turkey last month. Now those arriving on Greek islands from March 20 onwards who do not apply for asylum in Greece or whose application is rejected will be deported back to Turkey. For every Syrian returned to Turkey, another Syrian there will be relocated to a European country.

The deportations began Monday with 202 people being sent back from Greece to Turkey, but have been suspended for technical reasons.