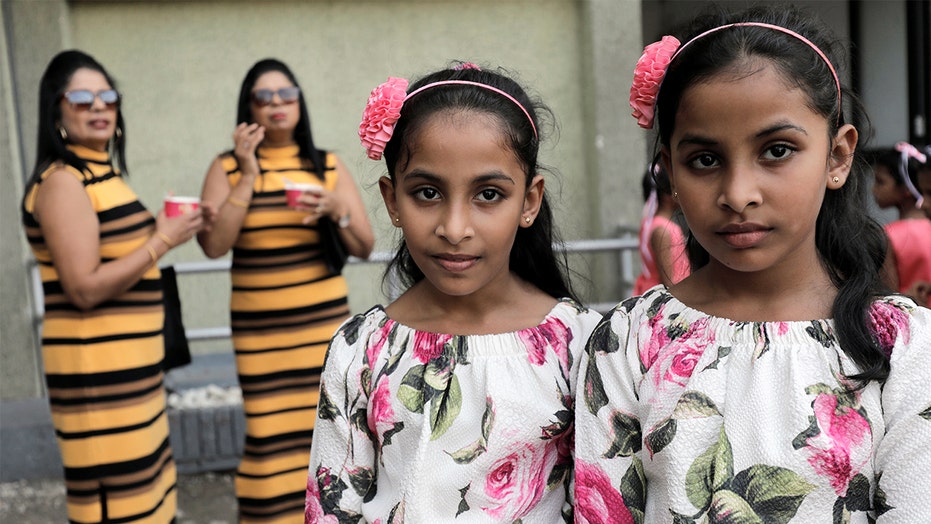 An attempt to set the Guinness World Record in Sri Lanka for the largest gathering of twins ran into issues after too many pairs showed up, giving event organizers a dose of double trouble.

The bigger-than-expected crowd gathered in a stadium in the Sri Lankan capital of Colombo on Monday to try and break the Guinness World Record set in Taiwan in 1999.

Twins pose for photographs during an event to attempt to break the world record for the biggest gathering of twins in Colombo, Sri Lanka.<br> (REUTERS/Dinuka Liyanawatte)

The island nation recorded 3,961 pairs of twins, 37 sets of triplets and four sets of quadruplets, according to the BBC.

Many of the twins in the Sri Lankan event included children, police officers, and members of the military, including two army generals -- Jayantha and Pooraka Seneviratne.

Twins pose for photographs during an event to attempt to break the world record for the biggest gathering of twins in Sri Lanka on Monday. (REUTERS/Dinuka Liyanawatte)

Sri Lanka Twins, the group behind the event, said the large turnout meant long wait times for the verification of birth certificates, meaning the strict rules required by the Guinness World Record committee could not be followed.

A set of twins stand next to one another in Colombo, Sri Lanka.(REUTERS/Dinuka Liyanawatte)

Organizers were hoping to break the record with 5,000 sets of twins. Sri Lanka Twins said it has 14,000 pairs of twins registered with the group. It said it will know within the next two weeks if they qualified for the record or not.

They vowed to try again if the latest attempt fails