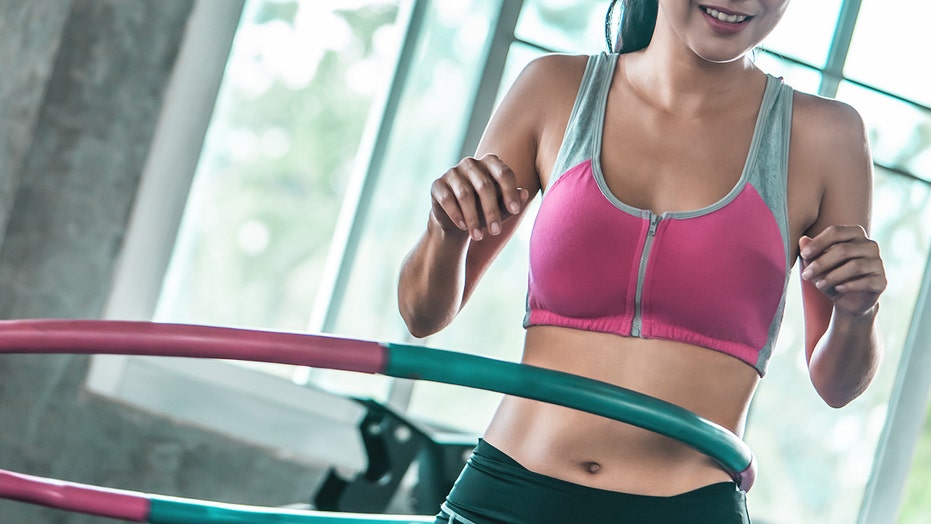 A Chicago woman may have hula hooped her way to a Guinness World Record.

Jenny Doan, 29, is believed to have made history Friday after unofficially surpassing the record for the longest marathon hula hooping session.

Doan, originally from Australia, passed the previously held record of 74 hours and 54 minutes but said she’s not stopping until she reaches the 100-hour mark.

Since starting her marathon on Tuesday morning at a local bar, Doan said she only slept three hours and has managed to push through the pain, WTTW reported.

GOLDEN TOILET WORTH THAN $1 MILLION MAY BREAK WORLD RECORD

When she was at the 67-hour mark, Doan was in pain due to lactic acid buildup in her legs, which led to knee stiffness.

“It was a terrible ripple effect,” she said.

Still, she managed to keep going. During her 5-minute break, which is allowed every hour she completes per official Guinness rules, Doan sat in a chair while supporters rubbed her legs to help with recovery. She also began using knee braces and compression socks.

To keep her going, Doan listens to music, streams Netflix and texts her friends -- all while still maintaining her form.

But there may be a discrepancy as to whether Doan broke the 74-hour, 54-minute record. Doan reportedly dropped her hoop around the 58-hour, 24-minute mark, according to the Chicago Tribune.

During the livestream, Doan determined that the drop can be used as one of her 5-minute breaks. But a Guinness World Records spokesperson said, “The individual cannot drop the hula hoop and then proceed to request the use of the 5-minute break.”

“It’ll be an interesting discussion,” said Doan’s roommate Chris Vellucci. “I’d understand if she didn’t have breaks accrued, then absolutely, it’s a failed attempt. But having break time, that was her break.”

“She had banked time to take a break,” he added, “which involves dropping the hoop. Sometimes she’d catch it and throw it down [to start her other breaks].”

To prepare for her big feat, Doan enrolled in a rigorous four-month training program, in which she alternated with different-sized hoops for high speed and endurance.

Whether she officially achieves her goal remains to be seen. Still, if she does, she anticipates holding the record for a long time to come.

“Hula hooping is sufficiently obscure,” Doan said. “So if I was to hold [the record], I’d hope to hold it for a while, for the same 10 years, if not longer.”