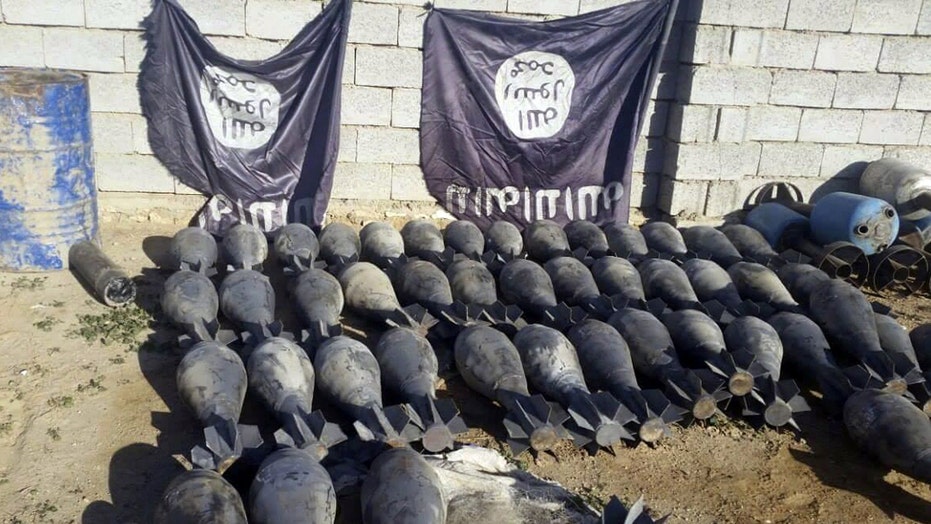 Is the fight against ISIS entering a new phase?

Iraqi forces are fighting to reclaim Ramadi; Gen. Jack Keane reacts to the major operation on 'The Kelly File'

U.S. special forces reportedly captured a document from the ISIS terror group earlier this year that supports the harvesting of human organs from so-called "apostates" to save the lives of Muslims.

Reuters reported that the document contained a fatwa from ISIS's Islamic scholars dated Jan. 31 of this year, and has raised fears that the terror group may be trafficking in human organs to raise funds.

U.S. officials told Reuters the ruling was part of a trove of information uncovered by special forces in a raid in eastern Syria this past May. The raid resulted in the death of Abu Sayyaf, a top ISIS financial official, and the capture of his wife. U.S. officials have previously said that the raid uncovered several terabytes of data stored on hard drives, thumb drives, and CDs, as well as reams of documents.

"The apostate's life and organs don't have to be respected and may be taken with impunity," says the document purported to be from the group's Research and Fatwa Commitee. "Organs that end the captive's life if removed: The removal of that type is also not prohibited."

The document does not define "apostates", though ISIS has been known to kill or capture anyone who does not follow its strict interpretation of Sunni doctrine, including fellow Muslims.

Reuters reported that it is not clear that ISIS has actually started trafficking human organs, though Iraq's ambassador to the United Nations told the agency the documents should be submitted to the Security Council.

Mohamed Ali Alhakim claimed in February that 12 doctors in the ISIS-held city of Mosul were killed for refusing to remove patient's organs. The U.N.'s special envoy for Iraq said at the time that he would investigate the claim, but no update has been provided.